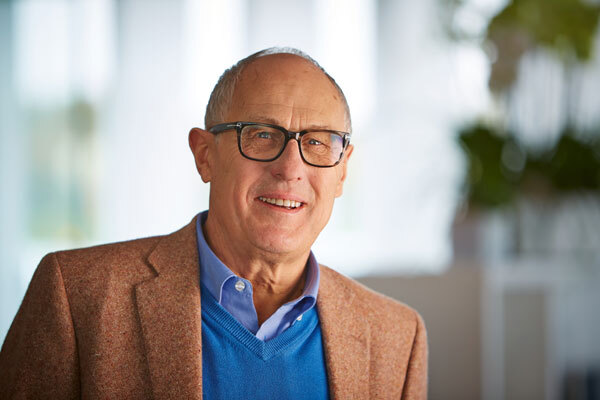 Leading aircraft charter broker, Air Charter Service, has recorded sales of $770 million for the first six months of its financial year (February 1 st – July 31 st ), an increase of 49% on the same period last year, with all three of its major divisions hugely outperforming last year’s figures.

ACS Founder and Chairman, Chris Leach, commented: “Last year was our record year, with revenue of $1.8 billion, but at the halfway point we weren’t in as good shape as we are for this one. All three divisions of cargo, private jets and group travel have truly outdone themselves.

“Over the past two years we’ve been fortunate enough to have been very successful, in no small part due to the diversity that our global presence and three main divisions give us. Different divisions and regions peaked at different times over the last two years but, for this year so far, the peaks seem to have come all at once.

“The strong resurgence of the private jet market across the globe continues and revenue is not only up 56% on last year, which was driven in part by the return of long-haul private jet travel, but also still nearly 25% above the pre-pandemic levels of 2019. We saw an increase in the number of customers booking by around 15% despite the unprecedented spike in new customers last year as travel restrictions were lifted, but our live flight numbers exceeded this with 32% growth. This increase in flights per customer was driven both by our jet card offering being increasingly popular with regular charterers and our position as a broker, meaning that we were winning a bigger proportion of flights when up against airlines who were struggling for availability. Regionally our largest market for private jets continues to be the US, which saw 57% growth in revenue. We did however see strong growth of 45% in every region – apart from the CIS, following our exit from our business in Russia.

“The cargo industry remains strong with our cargo division generating 44% more revenue than at the halfway point of 2021, as supply chains continue to struggle. We expect a cooling of the market at some point and there are signs of it in certain regional markets and sectors. However, as of September, we have not seen that translate to a slowdown of our overall cargo business.

“Group travel’s revenue for the half year was up 78% on 2021. Although there was significantly less large aircraft travel last year and we’ve seen a real return too from the MICE industry and sports team travel. This has led to the growth of customer numbers back to pre-pandemic levels, ahead of forecast. The largest growth, however, is in our EBITDA – rising by more than three times last year, to a record $70.4 million for the year to date.

“We expect that much of the market will slow down in H2, and we do not expect to see anywhere near the level of growth we saw in H1. However, we expected the same for H1 of this year and look where we are, so I guess there is all to play for in the remainder of the year.”

This website uses cookies to improve your experience while you navigate through the website. Out of these, the cookies that are categorized as necessary are stored on your browser as they are essential for the working of basic functionalities of the website. We also use third-party cookies that help us analyze and understand how you use this website. These cookies will be stored in your browser only with your consent. You also have the option to opt-out of these cookies. But opting out of some of these cookies may affect your browsing experience.
Necessary Always Enabled
Necessary cookies are absolutely essential for the website to function properly. These cookies ensure basic functionalities and security features of the website, anonymously.
Functional
Functional cookies help to perform certain functionalities like sharing the content of the website on social media platforms, collect feedbacks, and other third-party features.
Performance
Performance cookies are used to understand and analyze the key performance indexes of the website which helps in delivering a better user experience for the visitors.
Analytics
Analytical cookies are used to understand how visitors interact with the website. These cookies help provide information on metrics the number of visitors, bounce rate, traffic source, etc.
Advertisement
Advertisement cookies are used to provide visitors with relevant ads and marketing campaigns. These cookies track visitors across websites and collect information to provide customized ads.
Others
Other uncategorized cookies are those that are being analyzed and have not been classified into a category as yet.
SAVE & ACCEPT