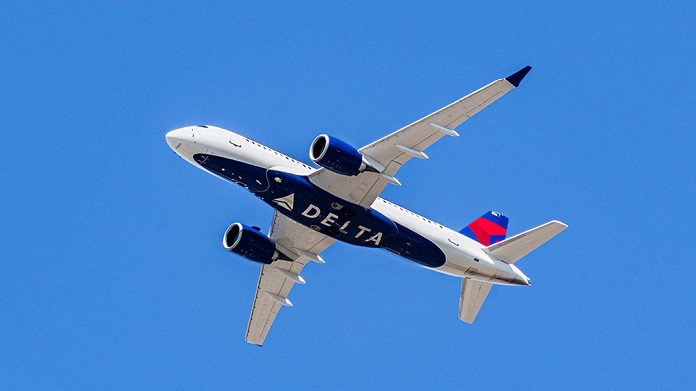 Delta and Los Angeles International have unveiled the first phase of the $2.3 billion Delta Sky Way at the airport.

The development – which will connect Terminals 2 and 3 at LAX – will open to customers on April 20, and will feature a centralised check-in lobby and expanded security checkpoint and baggage claim areas, as well as a 250-foot “digital backwall” with wayfinding information in English and Spanish.

In addition a new Delta Sky Club will also open next month, offering over 30,000 square feet of space including showers, an indoor/outdoor bar, and a year-round outdoor Sky Deck.

The Delta Sky Way at LAX is set to be completed in 2023, and will form a 27-gate complex, connecting Terminals 2 and 3 with Terminal B (the Tom Bradley International Terminal) enabling “quick airside connections to Delta and Delta partner-operated flights”.

Features will include facial recognition technology, six baggage claim carousels, and eco-friendly initiatives such as low-flow water fixtures, and a “cool roof” to reduce the heat-island effect and maximize air-conditioning energy use.

As reported in late 2020, the Covid-19 pandemic, and the subsequent temporary closure of Terminal 3 at LAX allowed Delta and the airport to accelerate works, which had previously been scheduled to complete in late 2024.

“Over a decade ago, we committed to becoming the premier airline of Los Angeles. Today, we are celebrating a huge milestone in making the Delta Sky Way project dream a reality.

“In partnership with LAWA and the City of Los Angeles, we’ve built a modern, state-of-the-art facility that will make travel through LAX a seamless and elevated experience.

“This terminal unveiling is just one example of our many critical infrastructure investments totalling more than $12 billion across the country. From coast to coast, customers will choose Delta for leading with innovation to build the airports of the future.”

Lufthansa A350-900: Take off on a new digital travel experience