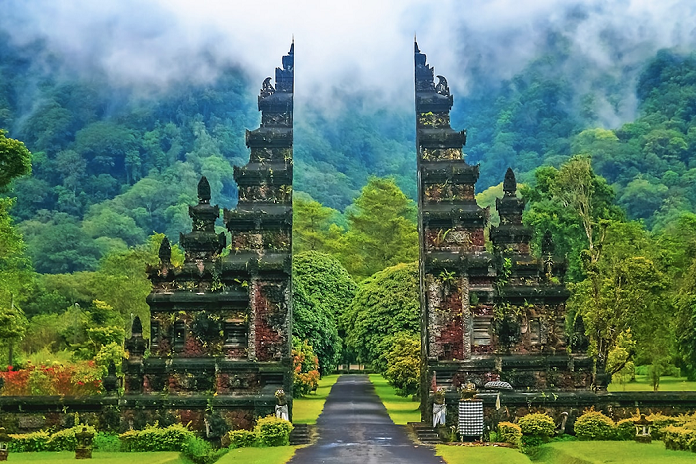 Indonesia saw about 4,77,000 foreign visitors in July, official data showed on September 1, the most on a monthly basis since Covid-19 decimated the global travel industry.

The number was the highest since February 2020 and though it represented a 38% increase from the previous month, it was still far below pre-pandemic levels.

“This is good news because these tourists will provide a multiplier effect for the economy,” Margo Yuwono, head of Statistics Indonesia, told a news conference.

The Southeast Asian country recorded 1.22 million foreign visitors from January to the end of July, compared with about 79,500 in the same period of 2021, when broad travel curbs were in place.

Indonesia received about 7 million foreign visitors in the January-July periods of pre-pandemic 2018 and 2019.

Indonesia is a breathtaking island country in Southeast Asia, located between the Indian and the Pacific ocean. Home to thousands of volcanic islands, it is the largest island country, covering an area of 1.905 million kilometers. Officially known as the Republic of Indonesia, this majestic land is blessed with diverse landscapes. From its pristine beaches to smoldering volcanoes and verdant jungles, Indonesia has something for everyone.

The capital city of Jakarta is the hub of beauty and bliss. From the Grand Indonesian Mall for shopping lovers, to the Istiqual Mosque and the Jakarta Cathedral shrouded in a mystical aura, to the vibrant National Museum, the elegant old town of Jakarta to the glistering ChinaTown, this city has much to lure the tourists. Add to that the sandy Thousand Islands, the beautiful Miniature Park and thrilling rides at Waterbom Jakarta, that give you enough things to do when here.

Apart from the magnificent sights of Jakarta, the island nation also offers some other gorgeous attractions. Lake Toba on Sumatra Island is a magnanimous volcanic lake that was formed by a huge volcanic eruption 70,000 years ago. Apart from its natural beauty, the lake is also a perfect spot to relax, unwind and swim in the volcanically warm waters. The Tanjung Puting National Park on Borneo Island is a paradise for animal lovers, the park features boat rides to explore its diverse flora and fauna. If you’re an explorer then the Baliem Valley in Western New Guinea is a must visit. Home to the Dani Tribe, this place is blessed with nature’s bounty- rolling mountains and the mighty rivers . The warm spirit found in its tribal villages will open your horizons to a whole new world.

Mount Bromo – an active volcano, is an interesting tourist attraction. Its inner crater produces white smoke and it is therefore surrounded by a sea of volcanic sand. For adventure enthusiasts, Bunaken on the island of Sulawesi is famous for diving and snorkeling activities. The beautiful sun bathed islands of Gili are an exotic destination to completely untwine.

This charming country is home to 700 regional languages. Bahasa Indonesia is the official language and has been adapted from Malay. The demographic chart of Indonesia shows an estimated population of 255.4 million people. The region is predominantly inhabited by Javanese and is also home to Chinese, Balinese and Malay among other ethnic groups.

Expo 2020 Dubai likely to be postponed