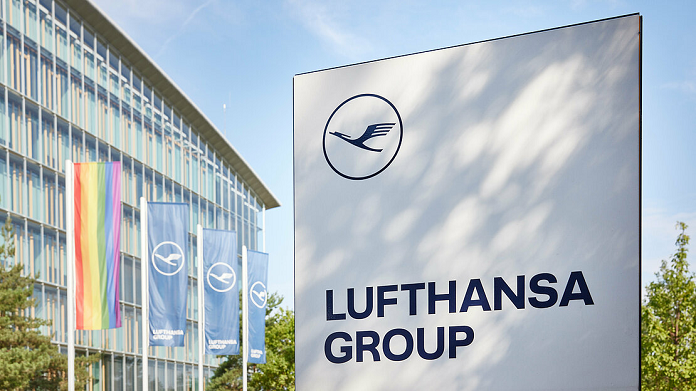 Carsten Spohr, CEO of Deutsche Lufthansa AG, said:
“The Lufthansa Group is back in the black. This is a strong result after a half-year that was challenging for our guests but also for our employees. Worldwide, the airline industry reached its operational limits. Nevertheless, we are optimistic about the future. Together, we have steered our company through the pandemic and thus through the most severe financial crisis in our history. Now we must continue to stabilize our flight operations. To this end, we have taken numerous measures and successfully implemented them. In addition, we are doing everything in our power to expand the premium positioning of our airlines again and thus to fully meet the demands of our customers and also our own standards. We want to and will continue to strengthen our position as the number 1 in Europe and thus maintain our place in the global top league of our industry. In addition to the achieved return to profitability, top products for our customers and prospects for our employees are now once again our top priority.”

The company turned over 8.5 billion euros in the second quarter, almost three times as much as in the same period last year (previous year: 3.2 billion euros).

Increase in yields and high load factors for passenger airlines
The number of passengers on board Passenger Airlines more than quadrupled in the first half-year compared with the same period last year. All in all, the airlines in the Lufthansa Group welcomed 42 million travelers on board between January and June (previous year: 10 million). In the second quarter alone, 29 million passengers flew with the Group’s airlines (previous year: 7 million).

Thanks to ongoing and consistent cost management and the expansion of flight capacity, unit costs at the passenger airlines fell by 33 percent in the second quarter compared with the same period last year. They remain 8.5 percent above the pre-crisis level, due to the still significantly reduced offer.

Lufthansa Cargo still at record level, Lufthansa Technik and LSG with positive result
Results in the logistics business segment remain at record levels. The demand for freight capacities is still high, also due to ongoing disruptions in ocean freight.

In the second quarter of 2022, Lufthansa Technik benefited from the further recovery in global air traffic and the resulting increase in demand for maintenance and repair services from airlines.

At the end of June 2022, the company’s available liquidity amounted to 11.4 billion euros (December 31, 2021: 9.4 billion euros). Liquidity thereby remains well above the target corridor of 6 to 8 billion euros.

Due to the sharp increase in the discount rate, the Lufthansa Group’s net pension liability has fallen by around 60 percent since the end of last year and now stands at around 2.8 billion euros (31 December 2021: 6.5 billion euros). This directly increased balance sheet equity, which amounted to 7.9 billion euros at the end of the first half-year (31 December 2021: 4.5 billion). The equity ratio rose accordingly to around 17 percent (December 31, 2021: 10.6 percent).

Remco Steenbergen, Chief Financial Officer of Deutsche Lufthansa AG:
“Returning to profitability in a quarter that was marked also by high geopolitical uncertainty and rising oil prices is a major achievement. This demonstrates that we are making good progress in recovering from the financial consequences of the Corona crisis. Even after the repayment of state aid last year, our goal remains to further strengthen the balance sheet on a sustainable basis. With a free cash flow of almost 3 billion euros, we were very successful in this regard in the first half of the year. Also in the full year of 2022, thanks to the expected return to positive results, strict working capital management, and disciplined investment activities, we forecast a clearly positive Adjusted free cash flow and thus a reduction in our net debt compared to the prior year.”

Lufthansa Group recruits more staff
Against the backdrop of the rapid increase in air traffic worldwide, Lufthansa Group is once again recruiting staff. In the second half year of 2022, the company will be hiring around 5,000 new employees, in line with the Group’s ramp-up plan while still ensuring sustainable productivity gains. The vast majority of new hires relate to adjusting staff levels in operations to the expansion of the flight schedule. Key areas in this regard are the cockpit and cabin of Eurowings and Eurowings Discover, ground personnel at airports, workers at Lufthansa Technik, and catering staff at LSG. A similar number of new hires is planned for 2023.

Since August 2, the Lufthansa Group has been testing so-called Green Fares in Scandinavia. For flights from Norway, Sweden and Denmark, customers can now buy flight tickets on the airlines’ booking pages that already include full CO₂ compensation through sustainable aviation fuels and certified climate protection projects. This makes CO₂-neutral flying even easier. The Lufthansa Group is the world’s first international airline company with an offer of this kind.

Outlook
The Lufthansa Group expects demand for tickets to remain high for the remaining months of the year – people’s wish to travel continues unabated. Bookings for the months of August to December 2022 are currently at an average of 83 percent of the pre-crisis level.

Despite the need for some flight cancellations to stabilize operations, the company will continue to expand capacity in line with demand and plans to offer around 80 percent of its pre-crisis capacity in the third quarter of 2022. This is expected to result in a further significant increase in Adjusted EBIT in the third quarter compared to the second quarter, primarily due to a continued improvement in the results of the Lufthansa Group Passenger Airlines.

For the full year 2022, the Lufthansa Group expects the offered capacity at the passenger airlines to amount to around 75 percent on average. Despite continuing uncertainty regarding global economic and geopolitical developments and the further progress of the Corona pandemic, the Group specifies its outlook and now expects Adjusted EBIT to be above 500 million euros for the full year of 2022. This forecast is in line with current market expectations. The Lufthansa Group also expects a clearly positive Adjusted free cash flow for the full year. Net capital expenditure is expected to amount to around EUR 2.5bn.

Boeing, SpiceJet Announce Deal for up to 205 Airplanes