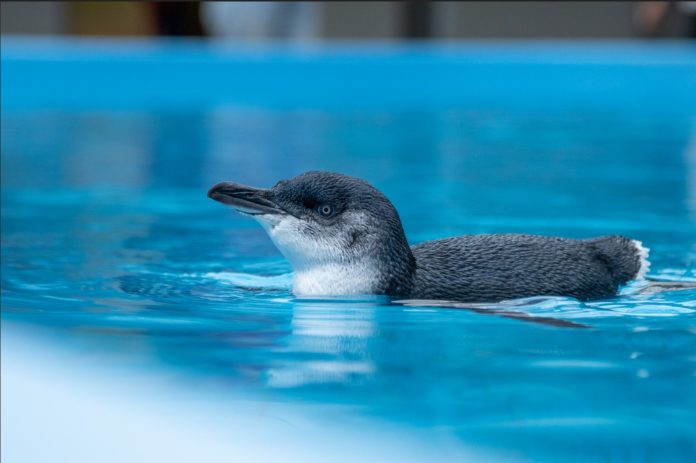 Research is the very cornerstone of Phillip Island Nature Parks (Melbourne) operations, informing wildlife management and environmental programs within the Parks and helping us to understand and respond to threats to Phillip Island’s wildlife.
Phillip Island Nature Parks’ research program is diverse in scope, covering both terrestrial and marine domains. Its functions include producing evidence-based information to guide the development of policy and wildlife management programs specific for Phillip Island, and with application regionally and internationally.

Our research team is an authority on little penguins, seals and other seabirds. Little penguin research on Phillip Island has been ongoing for over 50 years – one of the longest continuous seabird studies in the world.
In the 1980s, the future of the penguin population was uncertain. A housing estate on the peninsula was presenting many dangers to the colony; Little Penguins were being killed by cars, foxes, dogs and feral cats. Their habitat was being destroyed by houses, fire and weed invasion.

A scientific paper prepared by Phillip Island Nature Parks’ research staff predicted that, if nothing were done, the world’s most famous colony of Little penguins at the Penguin Parade could be extinct on Summerland Peninsula by the year 2000. This colony was the last remaining of the original 10 penguin colonies on Phillip Island prior to European settlement, and the findings set off alarm bells across the community and Government.

In 1985 the State Government, under the oversight of the Hon. Joan Kirner, developed the ‘Penguin Protection Plan’. This bold paper included a raft of measures to protect the Little Penguins and their habitat, including road closures, fox control and the complete buy back of the 774 lots that made up the Summerlands Residential Estate, which included 183 lots with houses.

A major program of revegetation and regeneration commenced, and still continues today. The penguin colony began to rebuild and grew from 12,000 to 30,000 breeding birds. More and more of the Peninsula is being used for nesting as the penguin habitat is progressively re-established and the threat of depredation by foxes and dogs is eliminated.
In 2012, the program was completed and the Summerland Peninsula was returned to the penguins, and its protection was assured with a comprehensive Master Plan which outlines the responsible and sustainable future of this special place.
Fast forward to 2016, and the Hon. Daniel Andrews MP, Premier of Victoria announced $48.2 million funding for a major redevelopment of the Penguin Parade visitor centre, one of the last stages in realising the vision of the Summerland Peninsula Master Plan.
Central to the decision to fund this development was the outcome for the little penguins themselves. The removal of the old visitor centre allows for rehabilitation of the site, creating approximately 6.7 hectares of prime penguin real estate. It is expected that this area will create new habitat for up to 1,446 breeding penguins, ensuring that the Nature Parks’ world leading research can continue in a thriving penguin colony.