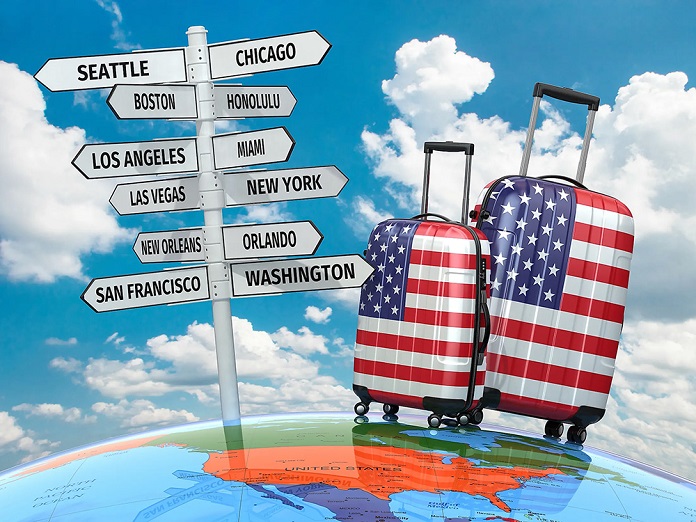 The US has held onto its spot as the world’s biggest and most powerful travel and tourism market.

The findings were released in the World Travel and Tourism Council (WTTC)’s Economic Trends Report, researched by Oxford Economics.

The US travel and tourism sector’s contribution to the nation’s economy reached just under US$1.3 trillion last year, though this marked a decrease of US$700 billion compared to 2019.

China and Germany remained in second and third places respectively, contributing US$814 billion and US$251 billion to GDP respectively.

“Our report shows the resilience of the Travel and Tourism sector, despite the impact of travel restrictions around the world which failed to halt the spread of the virus.

“Despite a challenging macro environment, Travel and Tourism has bounced back. The world, with some exceptions, is travelling again. And we are seeing a resurgence in business travel. Over the next 10 years, Travel & Tourism growth will outstrip the global economy.”

Nonetheless, the WTTC states that the global rankings are “illusionary as the top economies bolstered their numbers through domestic travel, while international visitor numbers plummeted”.

The report’s international traveller spend rankings saw the US fall from its pre-pandemic top position, with France now taking the lead.

Meanwhile China fell from second place to 11th position in 2021 due to its strict travel restrictions. Across Asia Pacific, markets such as Thailand and Japan saw huge losses in international spending, resulting in both markets falling out of the top 20 in 2021. In 2019 they were in fifth and eighth place respectively.

The WTTC predicts that worldwide business travel will grow more than 41 per cent this year, and that it could grow an average of 5.5 per cent annually for the next 10 years with the potential of returning faster in the Asia-Pacific region.

Indeed, the tourism body predicts that China could overtake the US as the top ranking by 2032. The research shows China’s travel and tourism sector’s contribution to GDP could reach US$3.9 trillion in ten years’ time, while India could reach third place with a projected value of US$457 billion.

Ushering in the new era of Indian weddings with IHG Hotels...