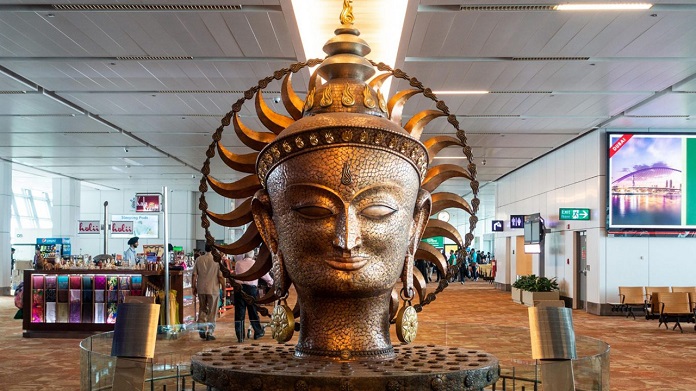 The national capital’s Indira Gandhi International Airport (IGIA) has been adjudged as the ‘Best Airport in India and Central Asia’ for the third consecutive year in the 2021 Skytrax World Airport Awards. The ‘Skytrax World Airport’ awards are considered to be the most significant accolade for the airport industry, voted by customers in the largest, annual global airport customer satisfaction survey.

It is regarded as the quality benchmark for the world airport industry, assessing customer service and facilities across over 550 airports. The survey and awards are independent of any airport control or inputs.

IGI Airport, which is operated by Delhi International Airport (DIAL), a GMR-led consortium, was also bestowed with the ‘COVID-19 Airport Excellence Award’. Furthermore, the airport improved its overall ranking, moving from number 50 in 2020 to number 45 in the ‘2021 World’s Top 50 Airport’ league.

DIAL CEO Videh Kumar Jaipuriar said: “Our agile and effective response to the pandemic and crisis preparedness has led us to be recognized by Skytrax.” “Adopting the ‘new-normal, DIAL remains committed to boosting its efforts in providing the best airport experience to all its passengers.”