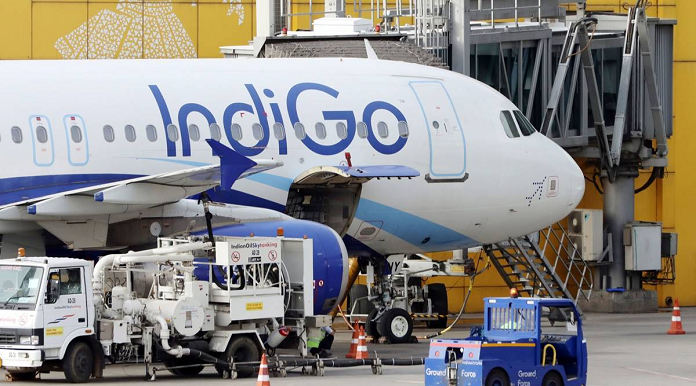 IndiGo Q1 update: The company’s revenue from operations increased 327.5% to ₹12,855 crores in the quarter under review from ₹3,007 crores in the same quarter last fiscal.

InterGlobe Aviation, which operates low-cost carrier IndiGo, on Wednesday reported that its consolidated loss narrowed to ₹1,064 crores for the quarter ending 3o June 2022 (Q1FY23). The aviation company reported a consolidated loss of ₹3,174 crores in the year-ago period.

The company’s revenue from operations jumped four-fold to ₹12,855 crores, up 327.5% in the quarter under review from ₹3,007 crores in the same quarter last fiscal.

The results come as IndiGo has seen a churn at the top, while reports of an exodus of its ground crew and technicians to other airlines have also been doing the rounds.

The company’s outgoing CEO Ronojoy Dutta said, “Our revenue performance this quarter was impressive. We reported the highest ever revenue generated by the company and thereby produced profits at an operational level.”
“However, cost pressures on fuel and foreign exchange prevented us from translating this strong revenue performance into net profitability. While our financial performance in the second quarter will be challenged by weak seasonality, the long-term revenue trend remains strong,” he said.

IndiGo expects a jump of about 70%-80% in capacity in available seat per kilometre in the current quarter from the same period a year earlier. Although demand has picked up, high fuel costs and inflation have emerged as big concerns for airlines.