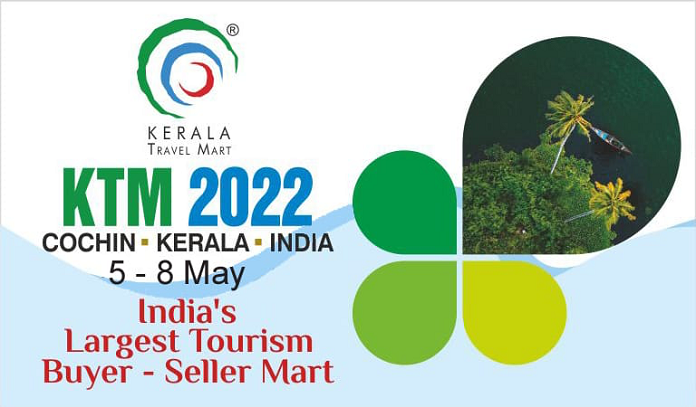 The eleventh edition of Kerala Travel Mart (KTM), a tourism industry congregation originally scheduled for March 24-27, has been postponed to May 5 to 8 at Kochi in view of the current surge in Covid-19 across the world, officials said. The revised schedule of the event was announced by Dr. Venu V, Additional Chief Secretary, Tourism, V R Krishna Teja, Director of Tourism, KTM Society President Baby Mathew, and Secretary Jose Pradeep at a virtual press conference.

The inaugural ceremony of the event, being organized by the KTM Society, will be followed by three days of deliberations at Sagara and Samudrika Convention Centre in Willingdon Island in Kochi, they said.

Dr. Venu said KTM 2022 has been postponed to ensure the safe health of more than 1,000 buyers attending the meet.
The KTM meet is of crucial importance in the state’s efforts to revive the pandemic-hit tourism sector by attracting visitors from across the world, they said.

Like earlier additions, the 11th edition of KTM will showcase many new products. This time Caravan tourism will be highlighted in a big way. Besides this, it will be a paperless KTM. The event will take place at the Sagara and Samudrika Convention Centre in Kochi. However, the organizers will announce the inaugural venue later on.