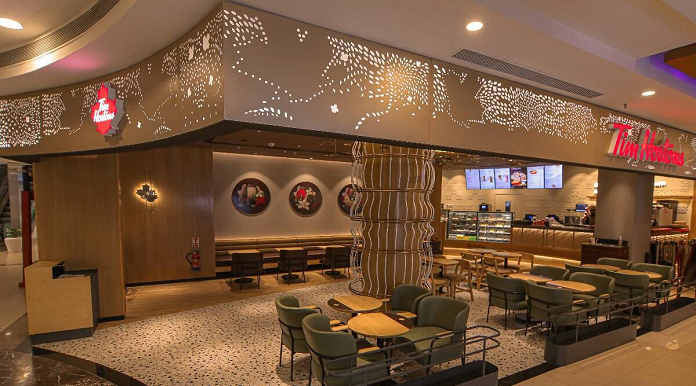 Tim Hortons, Canada’s coffee and baked goods brand, opened on August 11 in India, with their first two locations in the national capital region— at Gurgaon and Saket.

Known worldwide for its signature coffee, beverages and food, Tim Hortons has created several special menu options for the Indian market. Besides their popular beverages like the French Vanilla, the Iced Capp, a blended frozen coffee beverage, and bite-sized morsels of traditional donuts called Timbits, there is a section dedicated to made-to-order food and baked goods in the menu, where breads, spice and toppings can be customised.

“In March 2022, we announced our intent to open hundreds of outlets in India over the next ten years. Launch of the Delhi stores is the first step in that direction,” said Navin Gurnaney, CEO of the Tim Hortons franchise in India. He added that while they are looking to expand in the capital region with a few more outlets by the year-end, they will also be having more stores in Punjab and Chandigarh in the coming months since the Canadian brand has huge resonance with the Punjabi diaspora.

The next year will see them expanding to the western part of India —with outlets in Mumbai. Gurnaney said they will make their presence felt in India across locations, be it malls, airports, high streets, or markets.

Established in 1964, Tim Hortons is Canada’s largest restaurant chain operating in the quick service industry. In recent years, it has introduced its offerings beyond Canada and the United States. Currently, it has more than 5,300 restaurants including in the Middle East, China, the UK, Mexico, Spain, Thailand and the Philippines.