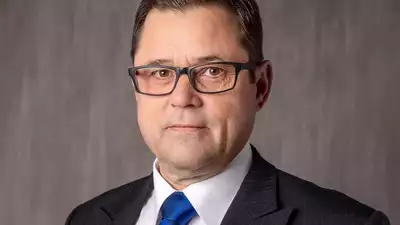 Finland’s flag carrier, Finnair, is keen to expand its footprint in India from the current two destinations that it serves, Sakari Romu, General Manager, Finnair, said.

Finnair will finally be starting non-stop flights between Mumbai and Helsinki from next month. Finland’s flag carrier, which started flying to Delhi from 2006 and currently has a daily on this route, had briefly launched Mumbai flights in 2008/ But the global economic meltdown forced the airline to suspend the same soon after launch.

The Mumbai service will now start as thrice weekly – and go up to four times a week from November this year.

India is the number one growth market in Asia at the moment. We are looking at other cities in the country. Personally, I will be happy to see four destinations here in the next two years, said Sakari Romu, Finnair General Manager India of commercial division Finnair will operate its Airbus A330 between Mumbai and Helsinki on Wednesday, Frida and Sunday.

Finnair, which was founded in 1923, is among the oldest airlines in the world.

What is the profile of passengers on Finnair’s India flights”? About 15 percent of flyers are Finnish traveling between the two countries. Another 10 percent are Indians visiting Finland. The remaining 75 percent are transit passengers who take connections between India and the rest of the world from Helsinki, Romu said.

The biggest connecting destination for Indians is the US, followed by European countries like Sweden, Switzerland, Ireland, Italy, and then the UK. Finnair connects customers to nearly 70 destinations in Europe and five destinations in the US – Seattle, New York, Chicago, Dallas, and Los Angeles.

Since Russia’s war on Ukraine, Finnair like a majority of the foreign airline is not overflying the Russian airspace. This has meant taking longer detours. The flying time of our flights between Helsinki and Delhi used to be about 6.5 hours which has now gone up to 8.5 hours – an increase of two hours. Fuel consumption is up by 10%, said Romu.

However, the detours are much longer in the Far Eastern sectors. Helsinki-Tokyo detours, for example, mean burning 30-40 percent more fuel now.

While airlines globally have skyrocketed due to oil prices being at a multi-year high and the longer routes. We are seeing high yields( meaning higher fares) on Indian passenger traffic due to pent-up demand. Many more are now willing to pay than earlier, he said. Cargo has been a saving grace for airlines since the pandemic and that county’s event today. Our revenue from cargo is the highest ever ( The revenue from there is much more than) a business class human passenger, Romu said.

Speaking about the Mumbai launch, Finnair GM, Desmond Chacko said, As the world opens up to travel, it is an opportune time to expand operations and enable better connectivity for our customers. After Delhi, Mumbai is a major airline hub in India and is home to leading global businesses. Our new services will enable both business and leisure travel from the region as global economies gradually recover from the impact of Covid-19. The Mumbai flights will be available for sale at Finnair.com and can be booked through travel agents.