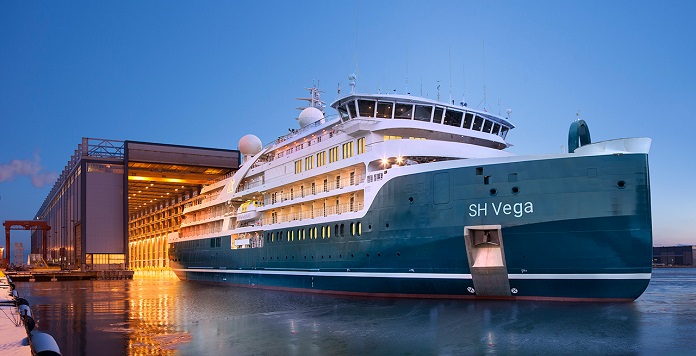 Helsinki Shipyard, having received bids for the auction of NB 517, today announced that Swan Hellenic has been awarded the tender, according to a press release.

Helsinki Shipyard exercised the right to sell the ship by tender, provided for by the shipbuilding contract after the original buyer failed to take delivery of the ship.

The auction ended at midnight on June 24 and was satisfactory for Helsinki Shipyard, which analyzed the bids and declared Swan Hellenic the winner. A sales price was not named.

The ship will, as anticipated, be delivered to Swan Hellenic as soon as all the registry formalities in The Bahamas have been completed, and Swan Hellenic becomes the sole owner of SH Vega, which will start operating cruises in July.

Andrea Zito, CEO of Swan Hellenic, said: “We are happy to have secured SH Vega, a Polar Class PC5 vessel with state-of-the-art ship technology and sustainability that will enter service as planned in July. We look forward to welcoming our guests onboard SH Vega to experience our cultural expedition cruises in sophisticated elegance, commencing on July 20 from Tromsø, Norway.”