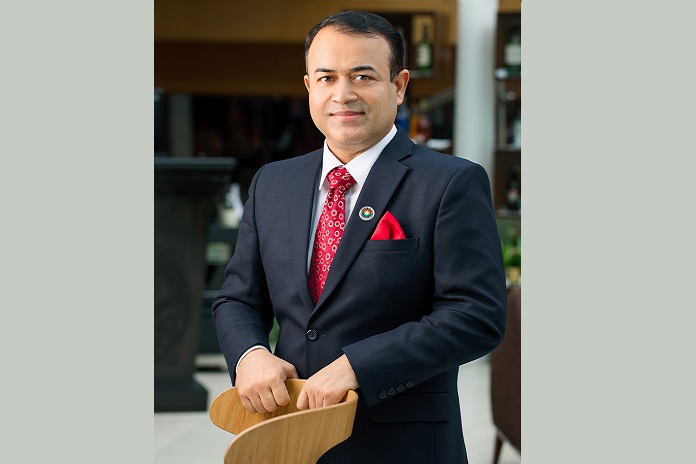 Salil Fadnis joined the group in 2007 as the Hotel’s Executive Sous Chef bringing in more than a decade of hospitality experience. He continued his passion for food at Hotel Sahara Star opening nine Food and Beverage outlets and has been the force to reckon with in the food and beverage industry. He is also the President and founder member of the Western India Culinary Association; The Chefs Guild in the Western Part of India having its headquarters in Mumbai.

After spending a few years as the Executive Chef, he moved beyond the realms of kitchen and began to spearhead the operations of Hotel Sahara Star as the Hotel Manager. As the property’s Hotel Manager, he was entrusted with the responsibility of maintaining all standard operating procedures,  employee and guest-centric programs with a keen focus on building a strong operating team.

Before joining Hotel Sahara Star, Salil worked with luxury hotels like Oberoi, and Marriott and has been a special invitee to the QE2 Luxury Cruise liner, MV Astoria & to the legendary Hotel Montreaux Palace to demonstrate his skills.

Commenting on his promotion Mr. Salil Fadnis said: “I have been a part of Sahara Star for over sixteen years and I am elated to be promoted to a position that allows me to spearhead decisions that would help in making this property even more eminent in the country. I am thankful to the team for their constant support and trust that has helped me in achieving newer heights and better results for the hotel.

Mr. Manish Sodhi, CEO, Hotel Sahara Hospitality commented: “We are glad to announce this internal promotion as we seek to further strengthen the core team of Sahara star in lieu of the hospitality and tourism sector bouncing back post the difficult times. Going forward we will be fully focused on improving our brand standards with a key focus on increasing our room inventory and bringing together a host of many new amenities including our newly launched World Club membership, Jean-Claude Biguine Salon, and a state-of-the-art 7500 Sq. ft gymnasium. “