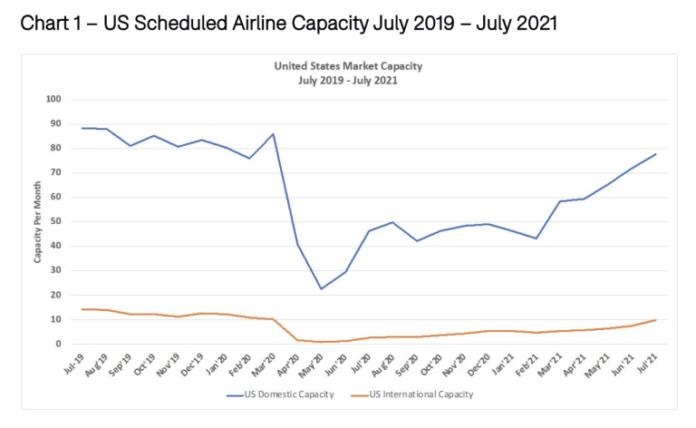 U.S. flight capacity is roaring back – so much so that the U.S. reclaimed the title as the largest aviation market in the world. While pent-up demand, growing desire for non-stop flights, underused aircraft capacity, and airline’s “dash for cash” are all contributing to air travel’s rebirth, is this growth part of a short-term airline experiment, or something more sustainable?

OAG, the world’s collector of travel data, answers this and more with their latest insights:

This rebuild in recovery is also benefitting U.S. airports, according to OAG’s latest look at the World’s Busiest Airports:

With the U.S. bouncing back it’s only a matter of time until restriction-free international travel opens up and spurs recovery throughout the international market.