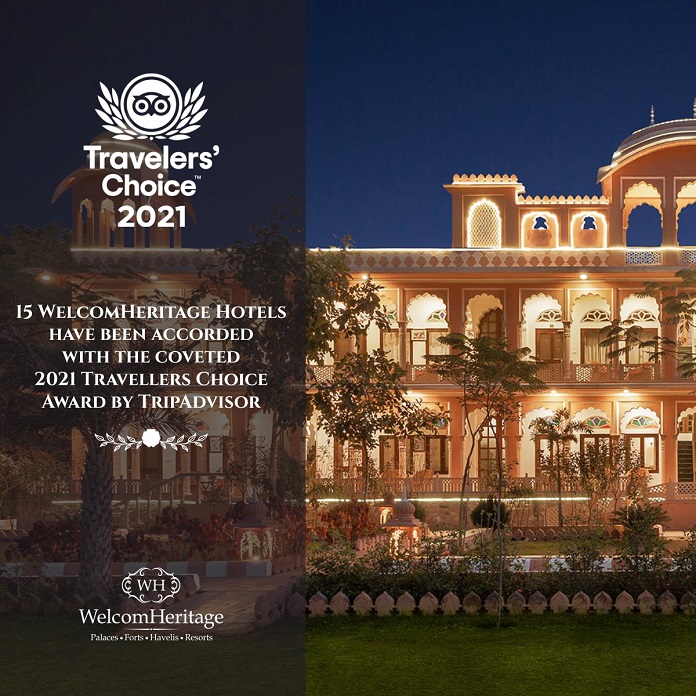 The coveted awards are purely based on reviews and ratings given by TripAdvisor’s Domestic and International community of millions of travellers.

WelcomHeritage Hotels announced that 15 properties of the group have won the prestigious TripAdvisor Travellers’ Choice Award 2021 for outstanding Travel reviews.

The coveted awards are purely based on reviews and ratings given by TripAdvisor’s Domestic and International community of millions of travellers.

Although it has been a challenging year for our industry, we want to celebrate the Brand’s achievements during the “Unlock” phases of 2020 with travelers’ focus on Safety. Award winners are chosen for exceptional service and quality relative to their peers.

Not only are these winners well-deserving, but they are also a great source of inspiration for “Experiential Journeys” as the world begins to venture out again”, said Abinash Manghani, CEO of WelcomHeritage Hotels.

OYO Hotels & Homes Announces the Appointment of Troy Alstead as...