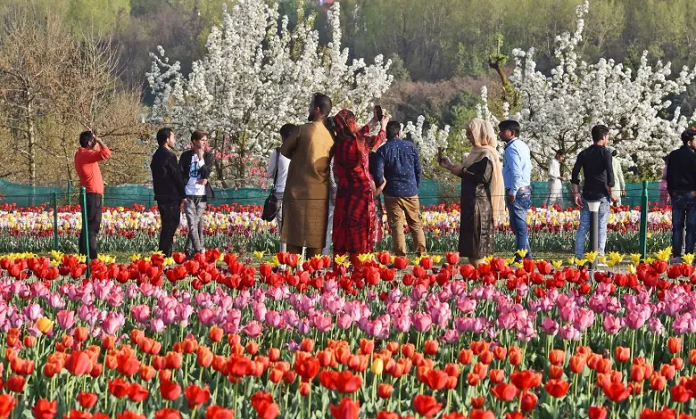 Union Minister of State for Home Nityanand Rai said in Rajya Sabha on Wednesday that an estimated 1.06 crore tourists have visited Jammu and Kashmir from January to July 3 this year. Responding to questions in the House, the minister also said that since 2019, around 30,000 people have been recruited in the public sector in Jammu and Kashmir.

In response to a written query, he said, “During the current calendar year i.e. from January 2022 to July 3, 2022, the number of tourists visiting the Union Territory of Jammu and Kashmir has increased significantly and is estimated to be around 1,06,24,000. Is.” Rai did not specify whether the number of tourists included pilgrims visiting the Vaishno Devi temple and the Amarnath cave.

He said that 75 offbeat destinations have been identified for tourism across Jammu and Kashmir.

He said that in order to attract private investors from across the country to invest in tourism infrastructure, the Jammu and Kashmir Tourism Policy, 2020 has been notified and tourism has been accorded industry status to encourage investment. , They said.

“A total of 29,806 recruitments have been done in the public sector since the year 2019,” he said. On August 5, 2019, The central government abrogated Article 370 which gave special status to Jammu and Kashmir and bifurcated the erstwhile state into the union territories of Jammu and Kashmir and Ladakh.