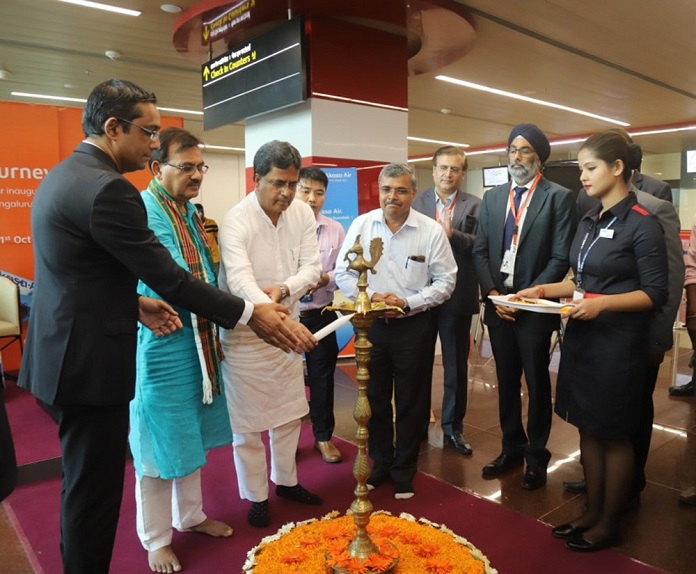 National, 21 October 2022: Akasa Air, India’s newest airline today, inaugurated its first flights on the Guwahati and Agartala route taking the total number of destinations on the airline’s network to eight cities. With its first Through Flight product offering, Akasa Air provides seamless one-stop connectivity between Bengaluru and Agartala with no change of aircraft required at Guwahati.

In addition, strengthening its pan-India network connectivity, the airline has also added two additional double daily non-stop flights on the Bengaluru-Chennai route starting today. Akasa Air has been progressively expanding its operations and is now flying along a total of eleven non-stop routes along eight cities – Ahmedabad, Bengaluru, Kochi, Chennai, Mumbai, Delhi, Guwahati, and Agartala. The airline is currently operating 30 daily flights and will be crossing 44 daily flights by October end. Further, the airline expects to cross the 300 weekly flights mark by the end of October 2022.

Akasa Air started its commercial operations with two aircraft and has subsequently received six aircraft to date. It will continue to grow its fleet with a view to establish a strong pan-India presence with a focus on key cities and metro to tier 2 & 3 route connectivity. Akasa Air’s fleet size will be 18 aircraft by the end of March 2023 and over the next four years, the airline will add 54 additional aircraft, taking its total fleet size to 72 aircraft.

Bookings for flights on Akasa Air are available on its website – www.akasaair.com Android & IOS app as well as through travel agents and several OTAs across the country.