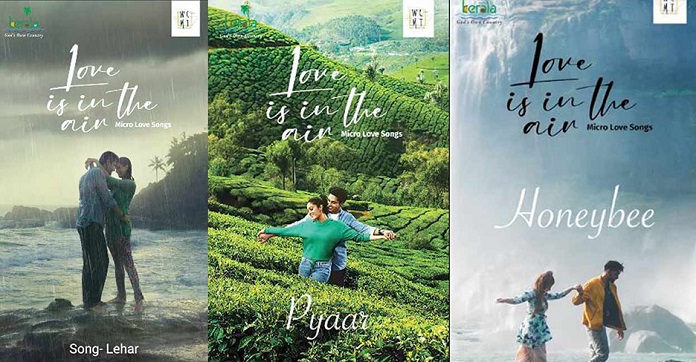 Love songs to woo honeymooners to God’s Own Country

Promoting Kerala as a safe and glamorous honeymoon destination, Kerala Tourism has launched a high-octane campaign by stapling it with lyrical micro-video songs to lure honeymooners from across the world to the state.

As part of the campaign, the Department of Tourism has produced a music album titled ‘Love is in the air’, featuring eight micro love songs with each song having a duration under one minute.

KT has released the songs on its social media pages to promote Kerala as a prime and perfect honeymoon destination.

Sung by the popular folk/indie band When Chai Met Toast, the micro love songs videos have already got around one lakh views collectively. Besides, the audio songs reached more than 75 lakh people across the country through multiple music platforms like Spotify, Gaana, Hungama, JioSaavan and Wynk, etc.

The campaign, ‘Honeymoon Holidays’, was originally unveiled after the second wave of Covid-19 and the subsequent travel relaxations. It was temporarily shelved after the pandemic’s third wave started.