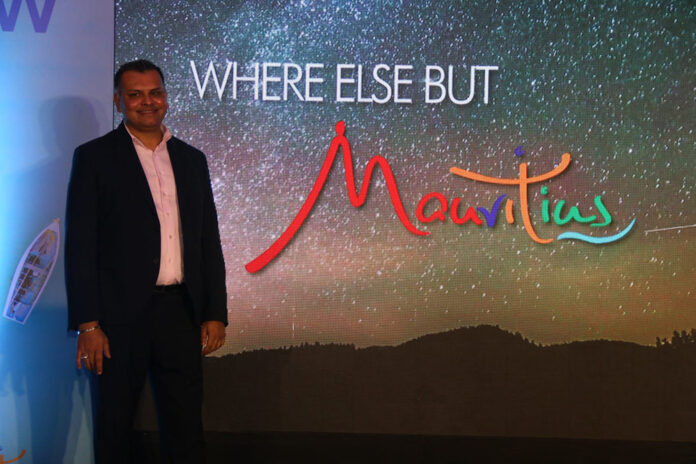 Mauritius Tourism Promotion Authority (MTPA) plans to work with the travel trade to make Mauritius the top-of-mind recall destination among Indian outbound. MTPA is also pinning hopes on Air Mauritius’ increased capacity on Mumbai – Mauritius route starting March 27, 2022. The airline will be operating 5 flights a week on the route.

Mauritius has unveiled a new advertising campaign in India. The campaign ‘Where Else but Mauritius’ has different facets covering various target groups and is designed to attract more Indian visitors to explore the wide variety of offerings that makes Mauritius one of the most popular travel destinations for Indians.

This campaign, in its first phase, seeks to spread awareness about the destination’s Romance, Adventure, Wildlife, Nature, Gastronomy, Culture, and Heritage on social media to encourage Indian travelers to visit and explore the country’s offerings and its sustainable tourism practices. The new marketing campaign’s primary focus is the destination’s appeal to Indian visitors. The core of the campaign rests on aspirational, enriching, and engaging experiences that go well beyond the usual and regular. The campaign was launched in the presence of celebrity influencers, media, travel agents, weddings planners, and film producers.

Mauritius is popular for its long stretches of white sandy beaches, turquoise blue and crystal-clear sea waters, natural lagoons, and an exciting variety of marine life. Beyond the beaches, Mauritius offers lots of thrilling land activities for adventure lovers like skydiving, biking, ziplining, trekking, paragliding, and helicopter & seaplane trips. For food lovers, the island offers an impressive array of tantalizing dishes and a wide variety of flavoured rums and wine.

Director, MTPA said that the objective of the new campaign is to highlight the “all attributes of the destination” to attract all kinds of tourists to Mauritius. “India is a priority market for us. We want Mauritius to stay on top of the mind of Indian travelers through this campaign,” he said.

Elaborating on the Tourism Board’s strategy, Arvind Bundhun, Director of Mauritius Tourism Promotion Authority said: “The Tourism Board will now be expanding its trade and marketing activities to a wider net on consumer segments in India in metros, tier-II and III cities by offering a customized range of holiday options both in value-for-money as well as luxury. India, being a top source market, we have plans for a massive 360 degrees promotional campaign to promote the destination by welcoming Indian travelers. The advertisement campaign will not only generate immediate visitor arrivals but also provide the impetus for sustained growth from the Indian market during the coming years,” he added.

MTPA is also pinning hopes on Air Mauritius’ increased capacity on Mumbai – Mauritius route starting March 27, 2022. The airline will be operating 5 flights a week on the route. “We are hopeful that the additional capacity will translate into opportunities for Indian travelers on the reopening of the international flights,” Bundhun said.

Considering over 80 percent of the Indian traffic to Mauritius is routed through tour operators, Bundhun said that the strategy is to activate the trade channels and support them in the promotional campaigns to make them more effective and productive.

He said that the focus of the campaign would be to reach out to segments like the wedding market, honeymooners, incentive groups, and film production houses. “We understand that there is a huge pent-up demand for international holidays in the Indian market. Therefore, we hope to see the market bouncing back quickly to the pre-Covid levels,” he added.

On health protocols for international travelers into Mauritius, Bundhun said that the Mauritius government after a review of the health situation on March 12 had decided to do away with mandatory negative test reports for all travelers. Now, fully vaccinated international travelers need not carry a negative test report. However, all visitors have to go through a Covid test on arrival in Mauritius.

23% Increase In Tourists From India To Sweden