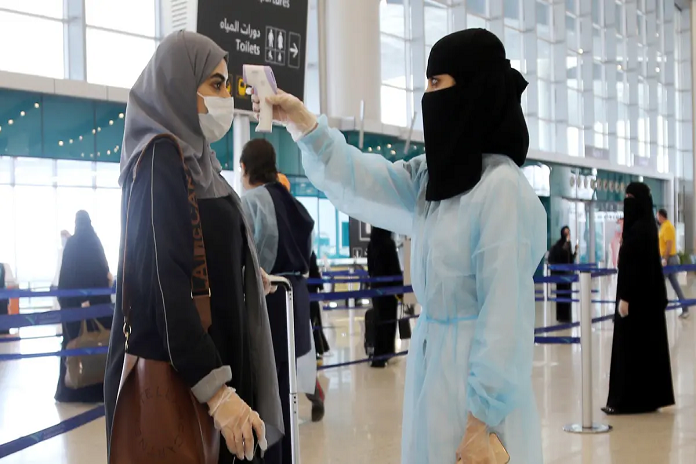 Saudi Arabia’s temporary travel ban on those travelling or transiting from 20 countries will still be in effect despite the resumption of international flights on May 17, Saudi Airlines tweeted on Thursday.

The announcement was a clarification in response to an inquiry made by a citizen on Twitter who was curious about the travel suspension situation in the country.

Saudi Arabia’s travel ban on 20 countries to remain when flights resume in mid-May.

The temporary travel ban into the Kingdom also includes travelers who have passed through any of the 20 countries.

When the ban first came into effect in early February, Saudi Press Agency SPA quoted a ministerial source as saying: “… citizens, diplomats, health practitioners and their families coming from the aforementioned countries or those who transited any of those countries during the 14 days preceding their return to the Kingdom will enter the Kingdom in accordance with the precautionary measure imposed by the Ministry of Health.”

The Kingdom on Wednesday reported 1,028 new coronavirus cases and 12 deaths, bringing the total active cases to 9,818. Of those, 1,145 are critical.

Uttarakhand has got the gift of immense natural beauty, said Satpal...

Latest Covid-19 rules in Dubai and Abu Dhabi: what you need...