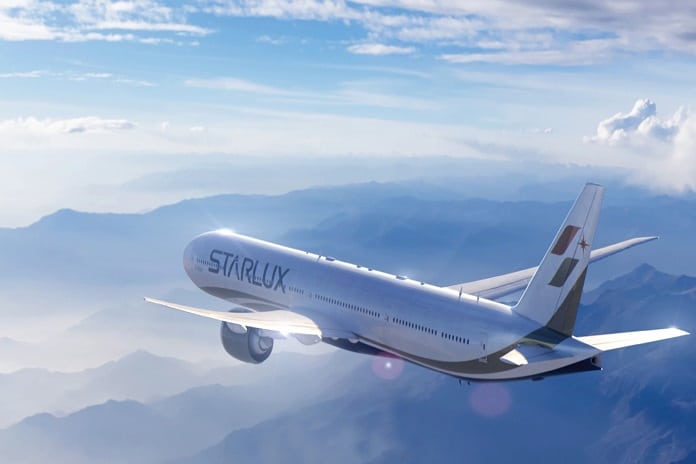 Taiwan’s Starlux Airlines has applied to serve 15 destinations across the US despite the Covid-19 pandemic.

Its expansion plan, which was submitted to Taiwan’s Civil Aeronautics Administration, will depend on market conditions and the delivery of its Airbus A350 aircraft.

With the first of its A350s scheduled to arrive in the fourth quarter of 2021, the carrier plans to operate four classes. Unlike its competitors China Airlines and EVA Air, Starlux will offer a long-haul first class product. The airline has yet to reveal its seat and cabin design; however, A321neos used on Starlux’s regional flights feature fully flat beds in business class.

Starlux CEO Glenn Chai said he hopes to convert Taipei into a major transit hub by building an extensive regional and long-haul route network. Prior to the pandemic, connecting traffic made up approximately 10 percent of Taipei’s total passenger volume, which Chai sees as an opportunity. He anticipates transfers to ultimately make up 30 to 40 percent of Starlux’s passengers, complementing its target market of business travellers and frequent flyers.

Starlux will also begin flights to Bangkok, Osaka, and Tokyo. It currently operates services to Macau and Penang from Next month.

Vistara to operate special flights between Delhi and London Heathrow from...