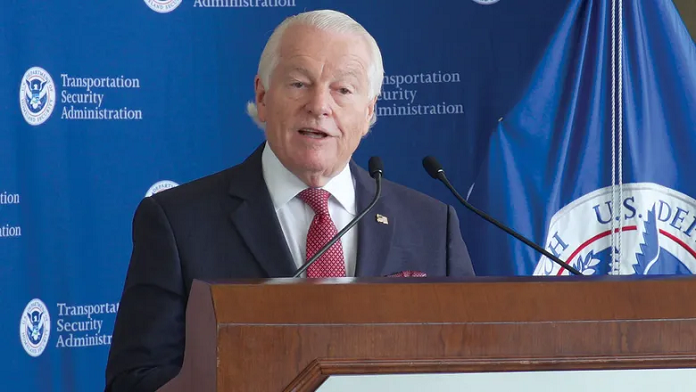 Roger Dow, outgoing president and the CEO of U.S. Travel Association, will be honored as the 2022 inductee into U.S. Travel’s Hall of Leaders. Dow has led U.S. Travel as chief executive for the past 17 years.

Roger Dow, outgoing president and CEO of the U.S. Travel Association, will be honored as the 2022 inductee into U.S. Travel’s Hall of Leaders, the organization announced Friday.

With Dow’s induction, 104 distinguished travel luminaries have been named to the U.S. Travel Hall of Leaders since it was established in 1969 to recognize “sustained, noteworthy contributions that have positively impacted the travel industry.”

“It’s difficult to imagine a more effective advocate for travel today than Roger Dow. His selection to our most distinguished body reflects his countless contributions and our industry’s deep respect and gratitude,” said Carnival Cruise Line President and U.S. Travel National Chair Christine Duffy. “As he concludes a celebrated career as head of U.S. Travel and, previously, as a leader of Marriott, his induction honors all that Roger has achieved to advance and guide this industry and its workers.”

Prior to his appointment in 2005, Dow served for 34 years at Marriott International, where he led the company’s global sales and marketing functions, notably developing the first hotel loyalty program, which would become Marriott Bonvoy and the related Marriott credit card. However, Dow has often stated that his greatest accomplishment at Marriott was his decades-long commitment to the development and mentorship of tens of thousands of salespeople.

At U.S. Travel, Dow’s innovative and forward-thinking approach resulted in signature legislative victories, including the creation, enactment, and renewal of Brand USA, the nation’s destination marketing organization. Thanks to these efforts, and his expansion of U.S. Travel’s IPW trade show and the addition of more than a dozen nations to the U.S. Visa Waiver Program during his time at U.S. Travel, inbound travel to the U.S. has increased 61% during Dow’s tenure.

Dow is credited with significantly building travel’s profile in Washington and has held multiple meetings with sitting U.S. presidents, Cabinet secretaries, and members of Congress. Further, he established the Meetings Mean Business Coalition, which positions the value and benefits of business meetings, trade shows, conferences, and conventions.

To aid the travel industry in its greatest moment of need, Dow secured pandemic-related federal relief and recovery funding for travel businesses and destination marketing organizations. He and the U.S. Travel team also successfully fought for the reopening of international air travel and the repeal of inbound pre-departure Covid testing.

Dow has received multiple honors and awards and has held seats on several boards, including ASAE, GWSAE, MPI Foundation, PCMA, Tourism Diversity Matters, RE/MAX International, the Travel Institute, and the U.S. Chamber of Commerce Committee of 100, among others.

Prior to his travel career, Dow served in the United States Army with the 101st Airborne Division in Vietnam, where he received the Bronze Star and other citations. He earned a Bachelor of Science degree from Seton Hall University and was honored as a Most Distinguished Alumnus in 2012.

Dow will be honored by the U.S. Travel board of directors at a dinner on November 14, 2022, during its fall meeting.

With Dow’s induction, 104 people have been named to the U.S. Travel Hall of Leaders since it was established in 1969 to recognize “sustained, noteworthy contributions that have positively impacted the travel industry.”

In a statement, Carnival Cruise Line president and U.S. Travel’s national chairwoman Christine Duffy said, “It’s difficult to imagine a more effective advocate for travel today than Roger Dow. His selection to our most distinguished body reflects his countless contributions and our industry’s deep respect and gratitude.”

A list of previous Hall of Leaders honorees is available here.