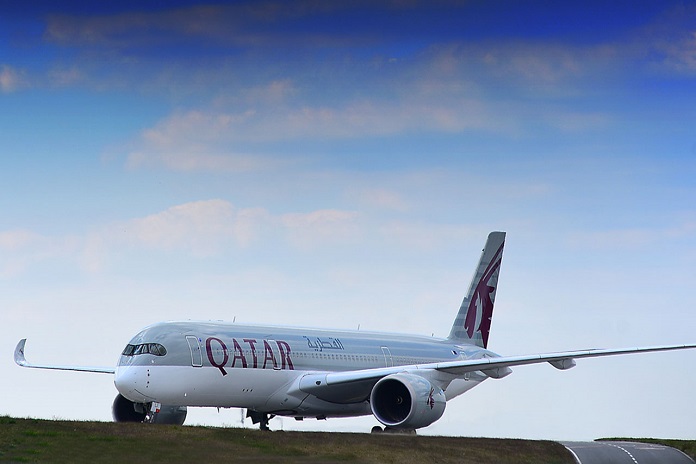 Qatar Airways calls Airbus’s decision ‘a matter of considerable regret and frustration’ amid a legal battle over peeling paint.

Airbus has cancelled a $6bn contract with Qatar Airways for 50 of its new A321neo passenger jets, escalating a legal battle between the two companies over paint on the recently delivered A350s. Qatar Airways called Airbus’s decision “a matter of considerable regret and frustration”.

In December, Airbus was taken to court by Qatar Airways in London, following a series of alleged problems with the Airbus A350 aircraft.

The airline complained the paint on the recently delivered Airbus A350s was cracking and peeling, exposing copper meshing used to insulate the aircraft against lightning strikes.

It is seeking more than $600m in compensation after grounding the affected aircraft – 21 of its 53 A350 jets – claiming the paint issue is a safety risk.

The deal was reportedly worth $6.35bn when it was finalized in December 2017.

There is no reasonable or rational basis” for Qatari regulators to have grounded the A350s operated by Qatar Airways, Airbus said in documents prepared for a London court.

It accused Qatar Airways of instigating the grounding as it was in its own financial interest to keep the aircraft on the ground in light of the coronavirus pandemic collapse in demand for air travel.

Qatar Airways has rejected the claims in a statement.

“These defects are not superficial and one of the defects causes the aircraft’s lightning protection system to be exposed and damaged,” it said. “We continue to urge Airbus to undertake a satisfactory root cause analysis into the cause of the defects.”

An investigation by Reuters news agency showed at least five other airlines reported A350 paint or skin flaws since 2016, well before Qatar raised concerns in November 2020 when an attempt to repaint a jet in World Cup livery exposed some 980 defects.

Airbus has said it is looking at changing the design of anti-lightning mesh for future A350s but insisted there is adequate backup lightning protection. It says Qatar is undermining global protocols by seeking leverage over safety.

Train ticket to Amsterdam in combination with KLM air ticket