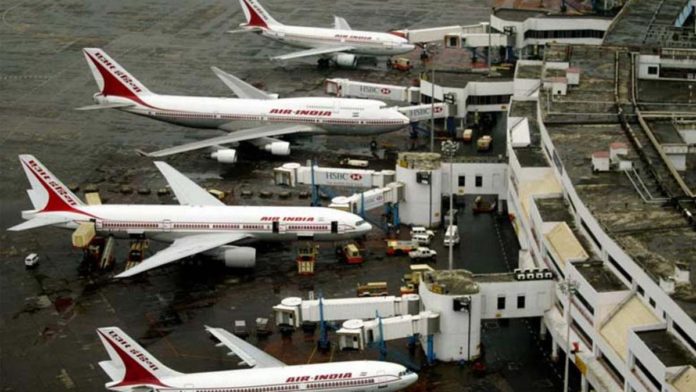 In the first quarter, the sector may incur losses of up to US$ 3.6 billion and 150 aircraft may be grounded

With India under a 21-day lockdown due to the coronavirus pandemic, the country’s aviation sector is expected to take a massive hit from the cancelation of all flights.

Aviation consultancy firm CAPA (Centre for Aviation) has forecast that the domestic aviation industry in India could incur losses of US$3.3-$3.6 billion in the first quarter of fiscal 2021 and that 150 aircraft could be grounded.

Sydney-based CAPA estimates that domestic airlines could lose approximately $1.75 billion, airports and concessionaries between $1.5 and $ 1.75 billion, and ground handlers between $80 million and $90 million during the first quarter of fiscal 2021. This is despite a fall in crude oil prices.CAPA’s estimates are based on airlines being grounded till April 15, when the current 21-day lockdown comes to an end. The firm believes the impact of these groundings will be so severe that even the stronger carriers such as IndiGo (which enjoys over 50% market share) or SpiceJet may not be immune to it.

This is in fact CAPA’s second report on India’s airlines. The first report had estimated that the industry may lose up to $600 million in the first three months of the year. The second report projects a far grimmer outlook.

If there is a three-month shutdown, IndiGo’s healthy cash reserves may get wiped out and smaller carriers may be forced to exit. It may be recalled that IndiGo had recently issued a profit warning and said its quarterly results would be materially impacted by the virus.

In such a depressing scenario, there is a strong likelihood of aircraft orders being deferred or even cancelled and of some of the leased equipment being returned even before the end of the term to lessors. The report estimates that both domestic and international traffic could decline by 30-50% year-on-year in FY21.

Even before the total clampdown on flights happened, IndiGo had seen a 30% traffic slump in its domestic circuit, while its international flights had dried up due to travel restrictions imposed by various governments. There were media reports that IndiGo may ground flights. Both IndiGo and GoAir had announced pay cuts across the board.

The report also added that the salt-to-software conglomerate Tata Sons, which currently has stakes in two airlines – Vistara and AirAsia India – may be compelled to operate just one airline.

The Indian government’s plan to sell off Air India is unlikely to proceed in FY21 and may be postponed even further. It may have to keep infusing more cash to keep it running till it gets sold.