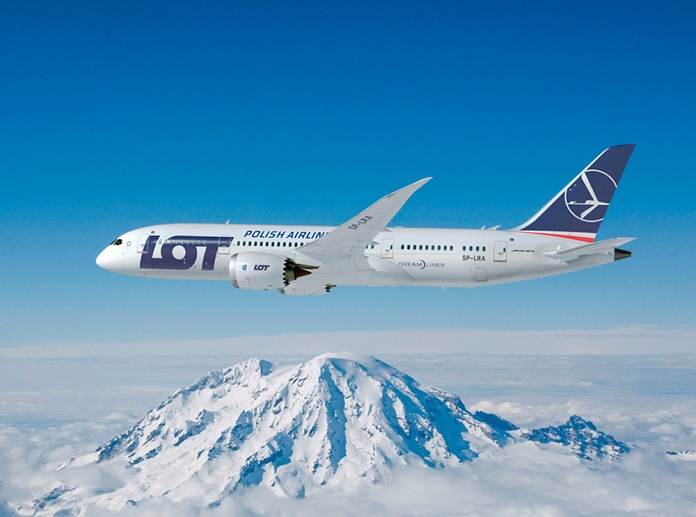 “We are excited about this new interline agreement with JetBlue Airways, as it allows us to offer our passengers much more flight options in North America,” explains Michal Fijol, Chief Commercial Officer at LOT Polish Airlines. “They can book through-fares to their final destination; they also only need one ticket, and they can, of course, check through their baggage to their final destination.”

From its global hub at the Polish capital Warsaw, LOT Polish Airlines currently flies up to 35 times a week to big US cities such as New York (Newark and JFK airports), Miami, Chicago and Los Angeles. The airline also plans to resume its US flights from Budapest by summer 2023. Thru JetBlue Airways, LOT passengers can now seamlessly reach many other popular destinations in the US such as Boston, Las Vegas, Orlando, San Francisco and Seattle, as well as in Latin America, Puerto Rico and the Dominican Republic.

Michal Fijol: “We have been flying from Warsaw to the United States for 50 years and see a continuously high demand from Poland as well as from numerous other European countries and now even from India for these services. In addition to tourists, many business travellers book our flights to the US, as well as a large number of people who want to visit their families or friends on the other side of the Atlantic.”

LOT Polish Airlines is a modern carrier connecting Central and Eastern Europe with the rest of the world. LOT’s offer includes, inter alia, direct long-haul flights to airports in the United States, Canada, China, Japan, South Korea, India and Sri Lanka. The Polish carrier has been consistently increasing the number of its flights to those destinations, thus strengthening its position in Central and Eastern Europe. It operates its long-haul flights with Boeing 787 Dreamliner, one of the most advanced wide-body aircraft in the world. Present in the sky since 1929, the Polish carrier is the 12th oldest airline worldwide, being one of the most internationally recognisable Polish brands.