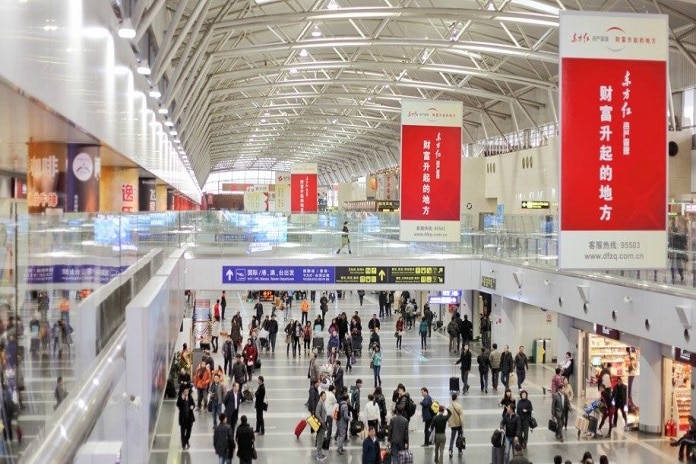 China has imposed a new round of travel bans on non-Chinese nationals from Belgium, India, the UK, and the Philippines, even if they hold valid visas and residence permits. The move, which takes effect immediately, comes amid a surge of Covid-19 cases overseas.

Foreign nationals were first banned in March at the peak of the pandemic before restrictions were lifted on 28 September.

Starting Friday, travellers from several locations will also be required to undergo nucleic acid and antibody tests. Chinese nationals and foreigners departing countries such as Canada, France, Germany, Pakistan, South Africa, and the US, must take both tests within 48 hours prior to boarding and present negative test results to a Chinese embassy or consulate for clearance.

The rule also applies to places which have seen lower rates of Covid-19 such as Australia, Singapore, and Thailand.

Those with connecting flights enroute to China will need to repeat the tests in their transit country. Testing is not widely available at airports and travellers are advised to use caution when choosing their transit point, said the Chinese Embassy in the US in a notice.

“This is a temporary response necessitated by the current situation of Covid-19,” said Wang Wenbin, China’s foreign ministry spokesperson. “This is a reasonable and legitimate move consistent with international customary practices, and I believe it will be understood by all. Chinese embassies in relevant countries will publish timely notices in accordance with the evolving situation.”

The latest restrictions mark yet another challenge for international carriers operating to China, some of which have seen route suspensions since June following positive Covid-19 cases detected on arrival. Businesses have also raised alarm over the travel ban.

China Southern Airlines, the country’s biggest carrier by passenger load, said it would suspend transit services for passengers embarking from 21 countries, mostly African and Asian countries such as India and the Philippines.

The number of weekly international passenger flights serving mainland China from late October through March is set to slump 96.8% from a year earlier to 592, the latest schedules show.

“We are concerned by the abruptness of the announcement and the blanket ban on entry, and await further clarification on when it will be lifted,” said the British Chamber of Commerce in China.