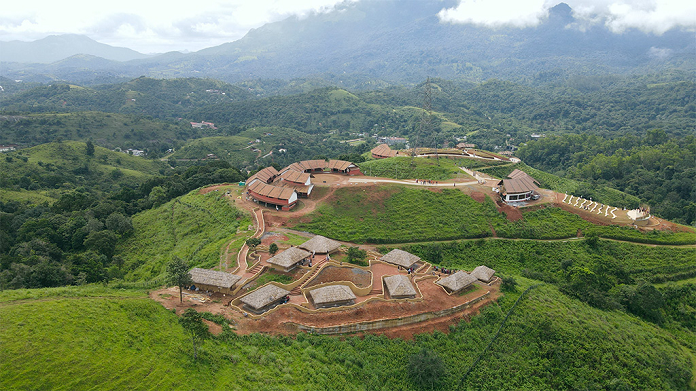 The first tribal heritage village in Kerala named En Uru has been opened at Pookode in the Wayanad district. It has been set up on 25 acres on the slope of a hillock at Pookode.

The Rs 10-crore project is jointly implemented by the Tourism and the Scheduled Tribe Development departments. It is aimed at setting up a permanent platform to showcase the diverse tribal traditional knowledge and heritage as well as to enhance the livelihood options of tribal communities, Wayanad Sub-collector Ms. R. Sreelakshmi, who is also the president of the En Uru Charitable Trust, said. The project is expected to provide direct employment to 50 people and indirect job opportunities to nearly 1,000. “We are also planning to set up a laser show,” Ms. Sreelakshmi said.

Kerala Tourism Minister Mr. P.A. Mohammed Riyas said the heritage and culture of the tribespeople would be conserved and their traditional knowledge showcased to an international audience. Mr. Riyas said the En Uru project would set a model for the sector, and be a big step in the tourism map of the state.