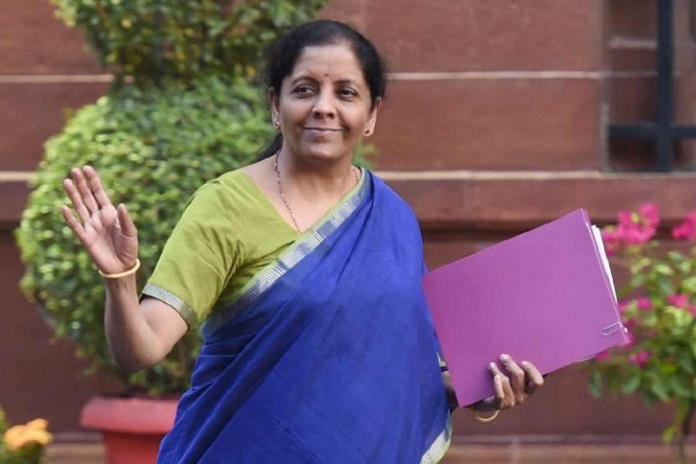 The FHRAI has stated that India’s Tourism and Hospitality sectors have incurred the largest collateral damage of the COVID19 pandemic and every small or big step to revive the sector will be crucial in the long-term health of both the sector and the country’s economy.

Ahead of the GST Council meeting scheduled on 28th May 2021, India’s apex Hospitality Association – Federation of Hotel & Restaurant Associations of India (FHRAI) has submitted a representation to the Hon’ble Finance Minister – Smt. Nirmala Sitharaman requesting the Council to include impactful policy measures required to help the Hospitality industry in its survival efforts.

The FHRAI has stated that India’s Tourism and Hospitality sectors have incurred the largest collateral damage of the COVID19 pandemic and every small or big step to revive the sector will be crucial in the long-term health of both the sector and the country’s economy.

Lockdown curbs in various States and cities have impacted the hospitality business enormously. Even at the beginning of 2021, the revenue of the industry was below 20 percent of pre-pandemic levels and from March onwards, the revenue has crossed not even 5 percent.

“We are requesting for the threshold limit for charging GST at 18 percent on hotel room tariffs be raised from the present Rs.7500/- to Rs.9500/- for bringing parity of rates between the Rupee and the Dollar. Back when the threshold was fixed at Rs.7500/-, the exchange rate of Dollar per Rupee stood at Rs.64, but today the same has reached Rs.73 per Dollar.

Also, the threshold limit for zero GST for hotel rooms should be raised from the present Rs.1000/- to Rs.2000/- per room per day. The move will boost the lower budget segment, thus encouraging domestic travel and promoting the tourism sector in a big way. Also allowing valid GST hotel bills of any State other than the home state of the Individual assessee paid for by digital mode exempt under section 80C for an additional amount of Rs 50,000/- will encourage citizens to travel within India which will further give a much-needed impetus to hotels as well as ancillary industries.

With restricted foreign travel, promotion of domestic tourism is the need of the hour,” says Mr. Gurbaxish Singh Kohli, Vice President, FHRAI.The Indian Hotel industry’s total revenue in FY 2019-20 stood at Rs.1.82 lakh Cr. As per industry estimates, in FY 2020-21, approximately 75 percent of the industry’s revenues got wiped off. That is more than Rs.1.30 lakh Cr revenue hit. Lockdown curbs across various States and cities have impacted the hospitality business enormously.

“Simplification of GST rules will lead to greater compliance, especially from small units. A mechanism should be in place to enable the establishments to avail inputs of GST paid on rent and other GST costs. This will make the business more viable. Hence we are requesting that all F&B revenue in a hotel and standalone restaurant be treated as bundled services and be charged 5 percent GST on the composite scheme for units that are not availing ITC and 12 percent GST for units that are availing ITC.

IGST billing to the hotels for corporate bookings and MICE should also be allowed since it will enable the companies to avail GST input credit which will incentivize them to spend their annual budgets in Indian cities rather than spending it at holiday destinations of South East Asia,” says Mr. Pradeep Shetty, Jt. Hon. Secretary, FHRAI.

The FHRAI has pointed out that lack of capital, dearth of the workforce, and mounting losses are threatening the Tourism and Hospitality industry which accounted for around 10 percent of the GDP, supported around 90 million jobs, and generated Foreign Exchange Earnings (FEE) to the tune of Rs.1,94,881 crores (US$ 29.96 billion) in 2019.

“We request the GST Council to remove GST for rent payments for those who are not eligible to claim the input tax credit. More importantly, hospitality establishments must be allowed to get refunds of unutilized GST credit lying with State Governments which will enable them to get the much-needed liquidity. We request a new provision in the law for an immediate refund of GST paid by new hotel projects and existing expansions as this will reduce the dependence on debt-financing and bank loans.

It will also enable hotels that are under construction and whose construction has been stalled because of lack of funding and cash flow to complete their projects which otherwise would have become NPAs. This is also important due to the fact that the COVID19 pandemic has caused the delay of more than a year in the completion of existing projects,” concludes Kohli.