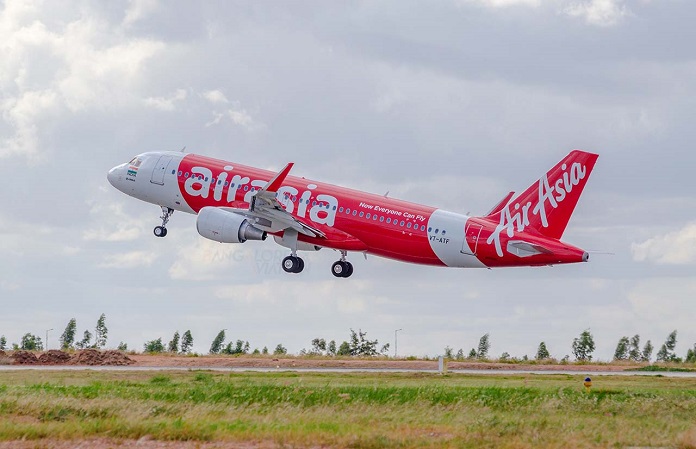 After almost eight years since Tata Group’s AirAsia India (AAIPL) began operations, it has received a nod to carry out its first international flight this month. FYI, Tata Group owns an 83.6 percent stake in the low-cost airline and is expected to acquire the remaining 16. 4 percent from Malaysian AirAsia Berhad. AirAsia India will be operating a non-scheduled cargo flight on the Kochi-Dubai-Kochi route.

The airline operated its first flight back in June 2014 and reached a fleet size of 20 aircraft in December 2018. Post this, ideally, AirAsia India met the criteria to be allowed to operate international flights, i.e., no minimum requirement on the number of years in operation and at least 20 aircraft in the fleet.

Furthermore, AirAsia India had announced recently that its passengers can now pre-book lounge facilities on its website and mobile app. The airline offers these services across 13 airports including at its all four hubs, AirAsia India said in a statement.

The services are available at Bengaluru, Bhubaneswar, Chennai, Kochi, Delhi, Goa, Guwahati, Hyderabad, Jaipur, Kolkata, Mumbai, Pune, and Ranchi, it said. Airport lounge services can be purchased at a nominal fee, starting at Rs 800, while making a flight booking or even post-booking, AirAsia India said.

“Extending easy access to airport lounges and offering these facilities to our guests enhances and ensures a more holistic and pleasurable travel experience. As an innovative, digital-first brand, we have taken every opportunity to differentiate our service experience with distinctive offerings,” said Siddhartha Butalia, Chief Marketing Officer, AirAsia India.

The airline’s first flight was in June 2014 and it achieved a fleet size of 20 aircraft in December 2018. It then met the 0/20 rule — no minimum requirement on a number of years in operation and at least 20 aircraft in fleet — to fly abroad. But a number of cases over the airline’s effective control prevented the government from giving that clearance.

How AirAsia India is extending free rescheduling offer on all flights

Malaysia Airlines Expands Digitalisation of the Traveller Touchpoints with Its New...