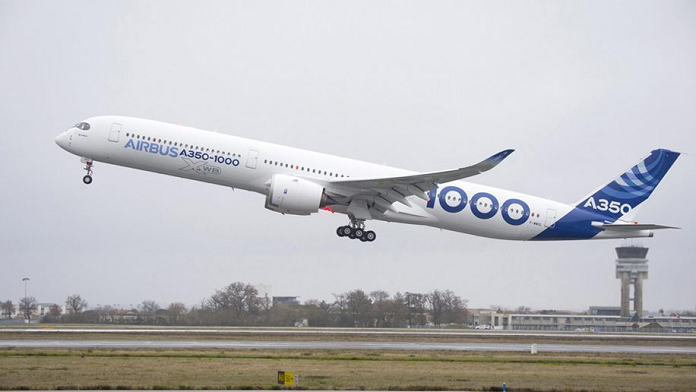 Over the years Business Traveller has brought you many reports on how aircraft manufacturers have squeezed in more economy seats to make their marketing easier.

Remember the B707? Its five-across layout became six-across. That was followed by Boeing’s B747 which went from nine to ten-across, a move later replicated on the manufacturer’s B777.

Now it’s the turn of Airbus with its passenger-pleasing A350.

Flightglobal.com reports that Airbus has designed a fresh variant of its A350-1000, where economy passengers will find themselves accommodated ten- rather than nine-across.

It’s something which Boeing has already done with its forthcoming B777-9 (which has yet to enter service).

Like Boeing we find Airbus has reshaped the interior cabin to widen the fuselage. Hopefully passengers will not notice the tighter layout.

Why is Airbus doing this? Simply to make its A350-1000 more attractive to future customers in the ‘dog eat dog’ world of aviation.

It’s reckoned a B777-9 (with ten-across economy seating) could accommodate 414 passengers in a two-class layout: 42 business and 372 economy.

The original configuration for the A350 was 369 seats in a layout of 54 business and 315 economy.

So ten-across economy on the A350-1000 would bring the capacity closer to that of the B777-9. And of course those airlines who buy this newer variant stand to make more money.

It is true that Airbus has marketed a ten-across economy variant as far back as 2014, as Tom Otley has previously reported.

But that layout is based on the A350’s original cabin width which therefore means tighter seating for passengers.

Until now very few airlines have opted for the above, with one example being French Bee.

Finally I must stress that no airline has yet ordered this new ten-across A350-1000 model.

Etihad and Emirates operate special flights between UAE and India