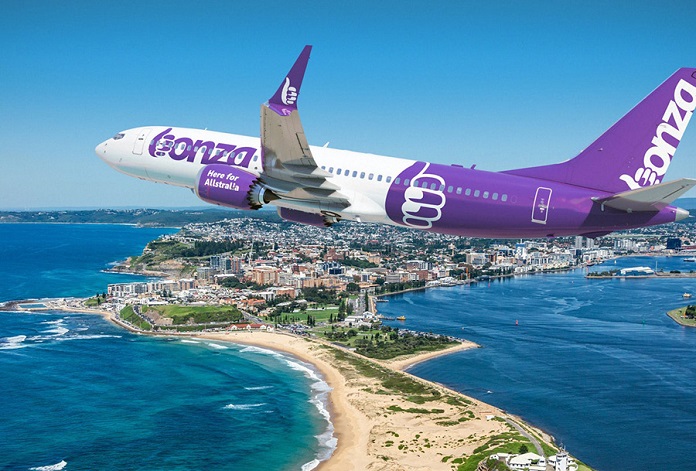 Australia’s newest airline Bonza has announced its launch route network, with a target of commencing flights around the middle of 2022.

The low-cost start-up carrier will initially offer 25 routes across 16 destinations, with 20 of these operating from two bases at Melbourne and the Sunshine Coast airports.

Bonza said that 80 percent of its planned routes are currently unserved, adding that its network would increase the number of low-cost-carrier routes in Australia by 40 percent.

The airline will initially operate a fleet of five B737 Max aircraft in an all-economy configuration, with flights expected to go on sale within the next two months, subject to regulatory approval.

Bonza intends to offer a paperless experience, with customers able to use its app to book and manage flights, check-in, and access boarding passes and the inflight retail offering.

Commenting on the news Tim Jordan, CEO of Bonza, said:

“Since announcing Bonza to the world late last year, we’ve always said we wouldn’t just fly between Australia’s three largest cities and instead give people in the regions more choice. Today we deliver on that promise, with the largest launch announcement in Australian aviation history.

“From our two bases on the Sunshine Coast and Melbourne, we will give Aussies more options at ultra-low fares to explore their own backyard. With destinations ranging from Albury to the Whitsundays, travellers will now be able to fly, instead of impossibly long road trips as well as fly direct without a stopover in a major city.

“Aussies can look forward to enjoying more time at their destination and spending less of their hard-earned cash getting there in the first place.”

Bonza will be Australia’s first new low-cost carrier since Tigerair Australia went into voluntary administration in March 2020 following the onset of Covid-19. It will provide domestic competition to Qantas’ low-cost subsidiary Jetstar. flybonza.com