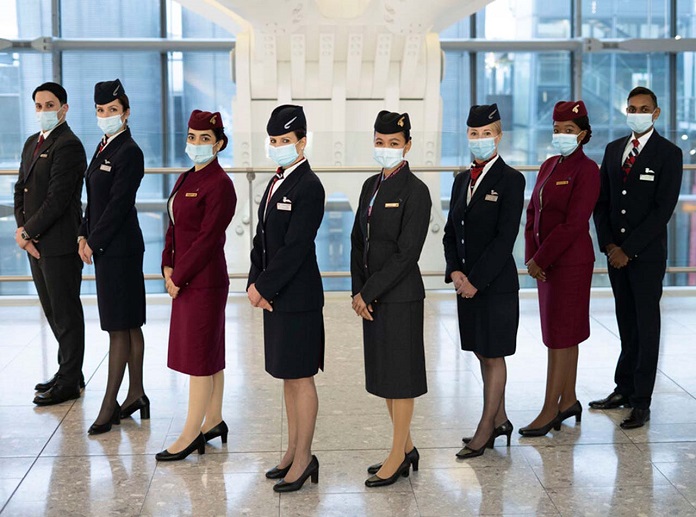 The news follows British Airways’ relaunch of daily services to Doha, with the airline’s first flight taking off from Gatwick last week, giving customers access to Qatar Airways’ expansive global network with connections from Doha to over 100 destinations across the world.

This winter, the airlines will jointly operate up to six daily flights between London and Doha – five from London Heathrow and one from London Gatwick.

Following on from this milestone in their partnership, the two airlines announced that they intend to further expand their joint business and offer customers access to more destinations on their respective networks.

The proposed expansion will give customers enhanced access from Europe to popular destinations in the Middle East, Asia, Africa and Australasia, such as Singapore, Sydney, Colombo and Nairobi. It will also improve access to destinations across Europe such as Amsterdam, Madrid or Dublin.

Qatar Airways Group Chief Executive, His Excellency Mr. Akbar Al Baker, said: “Expanding our Joint Business with our strategic airline partner, British Airways, is an important milestone in our ambition of providing customers access to the most extensive route network and unrivalled product.”

Sean Doyle, British Airways’ Chairman and Chief Executive Officer, said: “The launch of our first flight from Gatwick to Doha was an important milestone in our existing joint business with Qatar Airways. The proposed expansion of the joint business will be great news for customers, offering them access to more destinations across the world with seamless connections. We know customers are always looking for more options to connect onto popular holiday hotspots such as the Maldives and Seychelles, and this expansion will allow them to do just that.”

The airlines expect to receive news of any relevant regulatory approvals of their expanded Joint Business proposition in the first half of 2022.

Emirates resumes passenger flights to 9 destinations, including connections between UK...