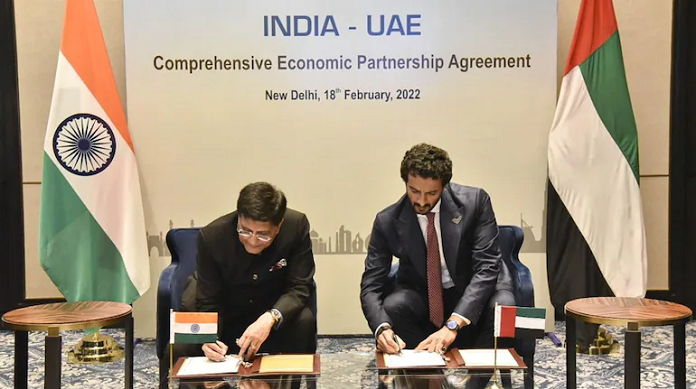 Business travel between India and the United Arab Emirates (UAE) is set to change after the two countries agreed to a liberalized visa regime as part of the Comprehensive Economic Partnership Agreement (CEPA) signed last week.

“As for visa liberalization, there are three or four categories of people such as business visitors, contractual service providers, and intra-corporate transferees. There are provisions where the visa regime has either become more liberal than what they have currently or freezes the current regime. That means that they can’t go back once they have given the concession in the FTA,” Subrahmanyam explained.

Under the FTA, a business visitor will get a 90-day visa, while a contractual service supplier can get a 90-day visa that can be extended. Intra-corporate transferees can get three-year visas under this FTA. There’s a separate chapter on the movement of natural persons.

CEPA is India’s trade pact with the UAE that will reduce import duties on the majority of Indian exports to the country. It is the first major trade deal signed by the Narendra Modi government since first coming to power in 2014. Inked in New Delhi by Commerce and Industry Minister Piyush Goyal and UAE’s Minister of Economy Abdulla bin Touq Al Marri, CEPA cuts import duties on a wide range of products. The government also expects it to boost the export of gems and jewellery, and apparels to the UAE and raise total trade up to $100 billion in the next five years.

The UAE is India’s third-largest trade partner globally, after the US and China. Bilateral trade between the two nations stood at $43.3 billion as of 2020-21 and is spread across thousands of traded items. In 2019-20, the pre-pandemic year, trade between the two countries was estimated at $59 billion. The UAE is also home to 35 lakh Indian-origin persons.

The CEPA is expected to come into effect by the first week of May since the process will take about 60 days, Goyal said. During that time, a series of business interactions will be held across India, between businesses from both sides.

The 880-page document covers topics such as free trade, digital economy, government procurement, strategic areas, Goyal said. Almost 90 percent of all traded items are set to benefit from the deal, he added.

For India, the deal is set to benefit exports from sectors such as gems and jewellery, textiles, leather, footwear, sports goods, plastics, furniture, Agri goods, pharma, medical devices, automobiles, engineering goods. “Most of these sectors are labour-oriented and we do believe this will, as we grow our bilateral trade to $100 billion, open up at least 10 lakh jobs for youth,” Goyal said.

India has given tariff concessions on gold exports to the UAE, while they have eliminated tariffs on jewellery exports from India.

“Interim deal to come into effect in 2-3 months. Sixty percent of products will get direct access immediately. Indian professionals and businesses wanting to move to the UAE will get expedited access,” the UAE Minister of State for Foreign Trade Thani bin Ahmed Al Zeyoudi said:

Here are the key numbers for CEPA to touch $100 billion in five years:

Thailand reopened the sky for domestic flights at 28 airports across...