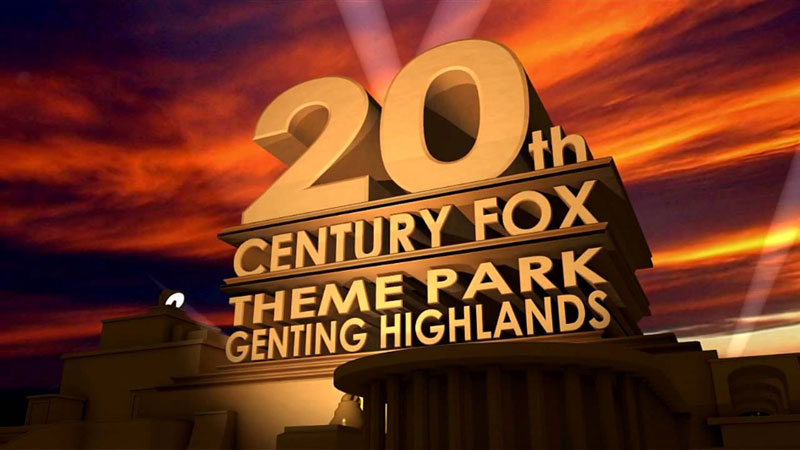 Resorts World Genting, the premier leisure and entertainment resort in Genting Highlands in Malaysia, will be fast tracking their consumer and trade activities in source markets like India with the opening of the world’s first 20th Century Fox World Malaysia Theme Park.

In an exclusive to Travel Span during her maiden trip to India, Katherine Chew, Vice President, Resort Communications & PR, Resorts World Genting, Malaysia, informed that this trip will bring a huge difference to tourist arrivals in Malaysia. “We are in India to spread awareness about the resort and announce the new parks and facilities for Indian travellers. Genting Highlands will be undertaking a “series of introductory” activities in India in the coming months to create a buzz about the new attractions at the Genting Highlands. With the opening of new theme parks, the company is confident of adding another 8 million visitors by 2020.

With the first in the world – 20th Century Fox World theme park – and SkyTropolis Indoor Theme Park, scheduled to commence operations in Q4 of 2018 at the Resorts World Genting, Malaysia, space will redefine the USP of the destination. “Indians love shopping, fun and adventure. This family destination will offer an enriching experience for one and all,”

The premier integrated family leisure and entertainment resort at the peak of Genting Highlands has over 50 years of history in the entertainment and hospitality industry. Over the last few years, Resort Word Genting has made great progress in taking its business and brand forward and currently is in the process of transforming the resort. They have taken the resort to a whole new level by introducing new attractions, hotels and activities for the travellers.

The new theme Park is now spread into two areas comprising – outdoor and indoor activities informed Chew. She said that the latter ‘Skytropolis’ is likely to be opened in the late Q3 or early Q4 of the year. “We will be opening the first Fox merchandise store shortly and it will be the first Fox merchandise store in the world.  After that there will be announcement about the opening of the Park as well,” she said.

Resorts World Genting had formed a Joint Venture with 20th Century Fox World to construct a new theme park at the site of an existing Genting Outdoor Theme Park in 2013 is a part of the Genting Integrated Tourism Plan, a 10-year master plan of development, expansion, enhancement and refurbishment of hotels, theme park and infrastructure at the resort destination. The Resort with many new attractions and refurbishment and upgradation and facilities draw huge travellers, Chew said.

The new Awana cable car system opened a year ago with 99 Gandolas has 10 glass floor Gandolas which is quite popular with tourists. Similarly, SkyAvenue, a 1.4 million sq ft., five-storey shopping mall has brought the resort to a whole new level on dining and shopping experience. The Sky Symphony, the wind show, is one of the biggest in the world with no parallels, she added.

Talking about USP of the Genting Resorts, Chew said, With its 360 degree offerings for the travellers – accommodation, food, shopping, theme parks, spas, leisure activities, entertainment shows, the resort offers accommodation for a great experience of seven different hotels above 6000Ft up in the sky (luxury hotels like Maxims, Crockfords, Genting Grand, 4 star property – Resort hotel, world biggest hotel the First World Hotel and Theme Park Hotel, The Awana Hotel located in the mid-hill has an 18-hole Golf Course as well). The resort also houses international restaurants such as the first in Asia, Burger & Lobster from London and cafes that cater to all age group and nationalities. SkyAvenue shopping mall offers a unique world-class retail and dining experience plus loads of entertainment options. Hence the Resorts World Genting has 10,000 hotel rooms with First World Hotel alone counting for more than 7,300 rooms.

With the world’s biggest hotel it offers huge convention space and is open for weddings and MICE market,” Chew said.

She further informed that there was a slight decline in Indian visitations to the Resort since the closure of the theme park in 2013.  The resort used to receive around 2.5 lakh Indian visitors on an average till 2013, she said. However, the numbers have again started looking up since last year after the opening of the new attractions, she added. “We know the India market. We had a very successful theme park with Indian visitors till 2013. Now we will have two theme parks instead of one,” she said.

The Resort receives over 60,000 visitors per day and currently has over 13,000 employees working at the resort.