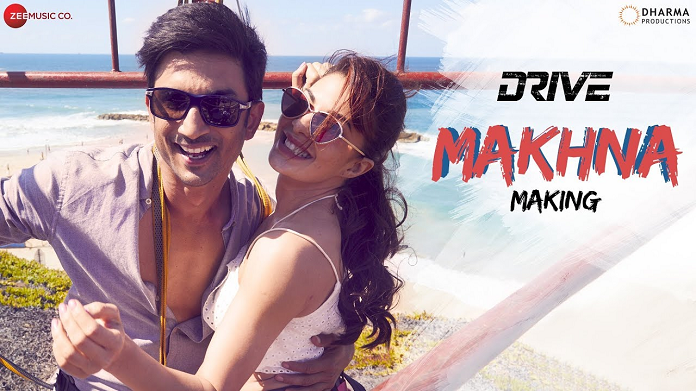 In a joint statement issued by the Ministries of Culture and Sports, Economy and Industry, Finance, Foreign Affairs, and Tourism, the State of Israel announces its entry into the field of international film and television productions.

The financial aid will be given by the government ministries to strengthen Israeli production companies operating in cooperation with foreign production companies in Israel. Over the next two years, the special collaboration will grant reimbursement for production expenses of up to 30% to foreign productions of movies and TV series that are filmed in Israel. The move aims to positively brand the State of Israel in the world as a centre for shooting international films and TV series, using natural resources and unique historical filming sites. In addition, the goal of the action is to encourage incoming tourism as well as increase employment in Israel following the high exposure to sites and places in Israel.

According to the order of the Director General of the Ministry of Economy and Industry No. 4.25, production expenses are entitled to an amount of up to NIS 16,600,000. This significant reimbursement of production expenses is aimed at attracting leading international productions to Israel. The financial aid, which will be provided for two years, will be granted through a special grant track of the Investments and Development Authority for Industry and the Economy at the Ministry of Economy and Industry. The aid will also include animated film productions, in which up to 10% of the allocated budget will be allocated to reimbursement, as well as for post-production, to which up to 10% of the budget will be allocated.

As part of the productions, viewers will be exposed to the landscape of the country, its natural resources, the people living here, and the extraordinary historical sites that exist in Israel. The plan is also intended to create jobs for Israelis who will participate in the various productions that will film in Israel. As a complementary move, the State of Israel will also invest its efforts in the visits of public opinion leaders and international content creators focusing on social media. These parties have an audience of tens of millions of followers who contribute to showcasing Israel’s image around the world.

“Israel is a treasure trove for international film productions, in all formats. With existing facilities production services and infrastructure, a host of skilled professionals, and an available pool of graduates from the world’s leading film schools, Israel should be on the list of every Indian filmmaker. In 2017, Dharma Productions chose to film the song ‘Makhna’ with Jacqueline Fernandes and Sushant Singh Rajput in Tel Aviv. This is the first step that was taken by the Israel Ministry of Tourism in India, which generated a lot of interest from the Indian film industry to shoot in the different parts of Israel. I hope this new initiative from the different ministries will pave the way for more opportunities to bring Indian productions to Israel.” Said Sammy Yahia, Director of Tourism to India and Philippines.

The ministries involved in the move will cooperate with organizations that represent the Israeli film industry, like the production companies, among others, in order to encourage the submission of applications for grants and to expand the circle of companies operating and filming in Israel. The Ministry of Tourism believes that the move will contribute to expanding the number of tourists coming to Israel as well as increasing the state’s income from tourism. The Fund for the Encouragement of Foreign Productions will enable additional future collaborations and expand the possibilities based on the success of the current procedure.

Director General of the Ministry of Tourism, Dani Shahar, “People from all over the world travel to destinations they have seen in movies, following favourite series and following admired stars. Therefore, investing in promoting international productions to film here in Israel is part of our marketing activity as the Ministry of Tourism, to expose and brand Israel as an attractive destination in the world. Besides Israel being an ideal setting for filming international productions, offering a very wide variety of landscape types, the charm of Israel will surely also appear in the series and films that will be produced here and will improve the status of our country among other countries of the world.”

According to the estimates of the Ministry of Culture and Sports, the investment will increase in value thanks to the domino effect of commercial activity: productions that will come to Israel will invest money in hotels, transportation, catering, professional staff members, sets, editing rooms, etc., thus promoting the local economy, and not only in the Israeli television and film industry.

Submission for grant applicants for the performance of foreign productions in Israel in 2022 is open till August 22, 2022.

Winter at Tantora returns as part of a momentous new events...