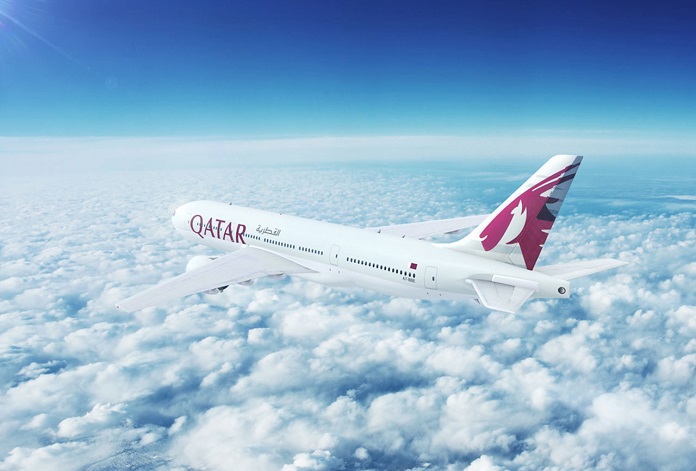 Qatar Airways has today announced a new order for GE9X engines as part of its global launch order of up to 50 Boeing 777-8 Freighters.  The commitment, which includes 34 firm 777-8 orders and an additional 16 purchase right options, also includes GE90 engines for an additional order of two Boeing 777 Freighters.

The total value of the order with GE is more than U.S.$6.8 billion list price, including spare engines, a new order for GE90-115B engines, and a TrueChoice™ services agreement to cover the maintenance, repair, and overhaul (MRO) of the engines.

Qatar Airways Group Chief Executive, His Excellency Mr. Akbar Al Baker, said: “With our status as the world’s largest airfreight carrier, Qatar Airways has ambitious plans for the future of its cargo operations.

“As operators of the Boeing 777 family, including the global launch customer of Boeing’s 777-8 Freighter aircraft, we are delighted to have GE as our partners and these contracts for GE engines further cement the strong relationship between Qatar Airways and GE.

“We are confident that Qatar Airways’ focus to drive towards a sustainable future will be very much supported by the efficiency of the GE9X engines.”

“GE Aviation has a great history and proven track record of powering freighter-dedicated aircraft,” said GE Aviation CEO John Slattery. “We are proud to continue building our relationship with Qatar Airways and play a significant role in their growth with this order of Boeing 777-8 Freighter and 777 Freighter aircraft.”

The GE9X engine helps meet GE Aviation’s commitment to a more sustainable aviation industry by introducing the latest generations of heat-resistant Ceramic Matrix Composites materials, additively-manufactured parts, and lean-burn combustion that help improve fuel efficiency. It is the world’s most powerful and most fuel-efficient turbofan. The GE9X offers the lowest NOx emissions in its class[ii], and is the quietest GE engine ever produced[iii]. Like all GE commercial engines, both the GE9X and GE90 are compatible with any approved Sustainable Aviation Fuel (SAF).

Incorporating a suite of propulsion technologies unique to GE, the GE9X offers up to 10 percent lower specific fuel consumption compared to the engine it replaces. It builds on the heritage of the pioneering GE90 engine and offers a combination of power and efficiency unmatched in the freighter market.

GE Aviation has powered essential cargo operations worldwide for decades, including Boeing’s line of dedicated freighters. This legacy continues with Boeing’s newest, the 777-8 Freighter, powered exclusively by the GE9X engine.

The GE90 engine family is the exclusive powerplant on Boeing’s 777-300ER, 777-200LR, and 777 Freighter aircraft. Since its entry into service in 1995, the GE90 engine has accumulated more than 108 million flight hours and has been among the most reliable in the industry with a world-class dispatch reliability rate of 99.98 percent.

[iii] pounds of thrust per decibel
* TrueChoice is a trademark of General Electric Company.