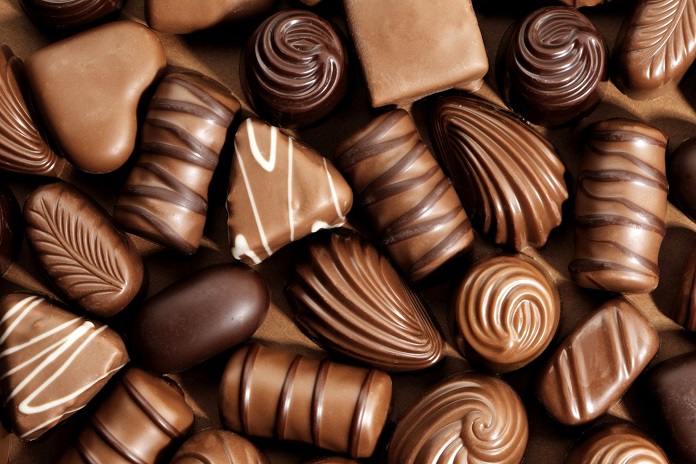 World chocolate day, also known as the International chocolate day observed on July 7th is all about celebrating one of the best creations of humankind- Chocolate. The silky, rich and smooth taste of chocolate has the power to unite our entire race, that can swear by it. Chocolates are not only one of the most delicious and versatile foods available to us but also pack loads of health benefits. World chocolate day celebrates this delicious, healthy and irreplaceable treat!

According to legend, World Chocolate Day commemorates the introduction of chocolate to Europe in the year 1550. Before that time, chocolate was limited to specific regions and countries. For example, some parts of south and central America and Mexico. It was discovered by foreign invaders and thus travelled to many other countries of the world. It became a favourite of the people wherever it reached. In 1519, Spanish explorer Hernán Cortés was said to be served a chocolate-based drink called ‘Xocolātl’ by Aztec emperor Montezuma.

The explorer took the drink back with him to Spain and added vanilla, sugar and cinnamon to improve the taste. The drink gained popularity in England & France in the 1600s after the Spanish invasion. Edible, solid chocolates were only created in the 1800s. Gradually, many chocolate-based dishes began to take form across the globe and a variety of delicacies started cropping up.

There is no known information as to how World Chocolate Day came about, but it is found that chocolate has been in existence since 450 BC though not in the form that it is today. It first originated in Mesoamerica where fermented beverages were created out of the beans from inside the cacao pods. The Aztecs believed that cacao seeds were the gift of Quetzalcoatl, who, according to a legend, was cast away by the other gods for sharing chocolate with humans.

The word chocolate is of Spanish origins and it was derived from the classical Nahuatl word xocolātl. It was originally prepared as a drink and was believed to be an aphrodisiac that gave a drinker strength. The seeds once had so much value that they were used as a form of currency.

Cacao beans or seeds from the Theobroma cacao tree are used to make chocolate liquor, cocoa solids, cocoa butter and chocolate. The first time Europeans came to know about chocolate was when it was offered as a beverage to the Spanish at their meeting with Moctezuma in the Aztec capital of Tenochtitlan in 1519.

After it was introduced in Europe in the sixteenth century, sugar was added to it and it started becoming popular among the ruling classes and the common people. But it was only in the 1800s that solid chocolate came to be made, before that it had been consumed in liquid form only.

Chocolate underwent a transformation from primarily a drink to food after improvements were made to the machines used to extract it. From then on, different types of chocolate began to emerge in solid and liquid forms and which could be added to other food items to enhance the taste.

Chocolate is perceived as a fattening indulgence. However, that can be attributed to the high sugar content and processing that it is subjected to by certain companies. Mindful and moderate consumption of chocolate can help your body and brain ace numerous health functions. Dark chocolate that contains at least 85% cocoa and only 15% sugar (or sugar alternative) are considered to be excellent for our health. Chocolates act as natural mood enhancers and having a few bites can help you feel more content. They contain anti-inflammatory and antioxidant properties, phytochemicals called flavonoids, stimulants called theobromine that can help with immunity, heart health, cough, boosting memory and brain function. Chocolates are believed to be fattening, but consuming dark chocolate twice or thrice a week in moderate amounts can help control weight, curb sugar cravings and aid digestion.

Note: If you’re diabetic, always consult with your doctor before eating chocolates in any form

Know the Difference Between White and Brown ChocolateDark, milk or white

Dark, milk or white, there are a number of varieties available in the market, and we have loved our share of indulgences with all. But can we tell the exact difference between them, apart from their obvious visual markers? We are here to help. This is how the white chocolate differs from the brown chocolate.

The milky-white delicious delight is made of only cocoa butter, sugar and milk/milk solids. Because cocoa butter doesn’t taste good on its own, milk, sugar and sometimes vanilla are added to flavour the butter. Milk chocolates contain no chocolate liquor or cocoa powder, and are thus ruled out from the league of chocolates altogether by some food experts. Yes, as heart-breaking as it may seem, but white chocolate technically does not make the cut as ‘chocolate’ in some people’s books. In other words, the cocoa solids content in chocolate defines the richness of chocolate.

Chocolates get their characteristic brown hue by its cocoa solid contents. Amongst brown chocolates too, there are two kinds: Milk and Dark.Milk Chocolates

As the name suggests, milk chocolates are solid chocolate made with milk, milk powder or condensed milk but unlike white chocolate, milk chocolate has cocoa solids too, which not only gives the chocolate its brown color but also gives it, its due place in the category of chocolates.

Ideally, the proportion of ingredients in the milk chocolate should be 10% chocolate liquor, at least 12% should be milk solids, and about 25% cocoa solids. Cocoa butter, vanilla, milk fats are also used in the production often.

Produced by adding cocoa butter to sugar, cocoa powder and liquor, dark chocolate unlike milk chocolate doesn’t have milk solids as one of its components. Dark chocolate is made from raw cocoa beans which are a rich source of flavanols, a sub-category of a larger group of phytochemicals known as flavonoids, which are essentially antioxidants.

Dark chocolates are sold according to how dark it is and the percentage you find on the label indicates the amount of cocoa powder solids and cocoa butter in the chocolate. The higher the percentage, the darker the chocolate, less sweet and with a chalky texture. The percentage cocoa solids can range from is 30% to 80%.

If taste wasn’t reason enough for you to gorge on perfectly shaped cubes of dark chocolate then here are 6 other amazing reasons.

Studies show that moderate amounts of dark chocolate can lower LDL which is bad cholesterol and raise HDL which is good cholesterol. This in turn helps reduce the risk of cardiovascular diseases and a stroke. Here’s how: LDL builds up along the inside of arteries, forming plaque deposits and narrowing arteries. This condition can lead to a heart attack. So if dark chocolate can reduce LDL, they can eventually reduce the risk of a heart attack.

It can help you focus, sharpen your memory and protect your brain from ageing. In 2012, researchers at the University of Nottingham found that eating dark chocolate boosts blood flow to some key areas of the brain for a few hours at the least, which directly leads to increased performance in tasks and general alertness. Another 2013 study published in the journal Neurology found that eating dark chocolate daily (in moderate amounts of course) can boost your memory by almost 30% and also up your problem solving skills.

A 2015 study found that dark chocolate promotes a healthy heart. The study done by researchers at the Wageningen University in Netherlands found that dark chocolate restores flexibility to the arteries and at the same time, prevents white blood cells from sticking to the walls of the blood vessels. In 2014, another study that was presented at the American Chemical Society (ACS) found that when you eat dark chocolate, the gut bacteria in your stomach ferments it into anti-inflammatory compounds that are good for the heart. A 2015 study published in the Journal Heart, suggests that a substantial amount of chocolate every day can lower cardiovascular disease and stroke risk.

Research proves that dark chocolates have high satiety value and therefore they make you feel full for a longer time. They are packed with MUFAS (monounsaturated fatty acids) that are known to boost your metabolism and burn fat. When eaten in moderate quantities, dark chocolate is known to slow the digestion process and curb cravings.

6. Keeps Your Weight in Check

A 2012 study conducted by the University of California looked at the diet of 1000 Americans found that those who ate dark chocolate a few times a week were on an average, slimmer than those who ate it occasionally. The researchers went on to say that even though dark chocolate is loaded with calories, it contains ingredients that may favour weight-loss. Another study said that if you eat dark chocolate as dessert after your meals, it is likely to curb weight gain.

Everything Apple announced at its 2020 iPad and Watch event

ILTM survey says over 50% believe the luxury travel industry will...