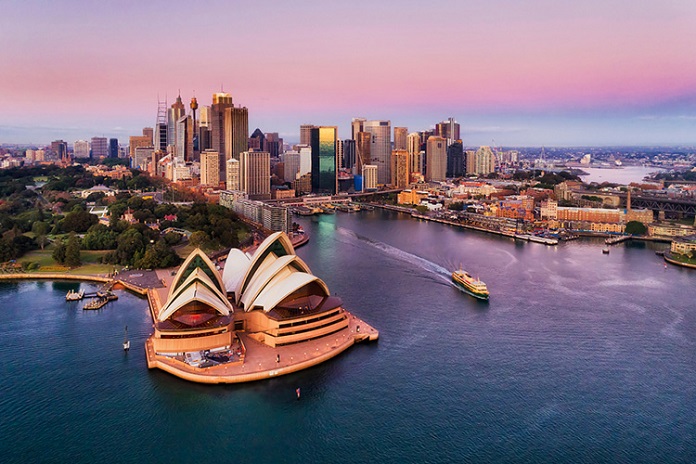 Australia’s borders are set to finally reopen to fully vaccinated tourists and visa holders from 21 February, marking the first time the country has fully eased its international border restrictions since these were introduced in March 2020. Australia’s Prime Minister Scott Morrison confirmed the news following a meeting with the national cabinet. “It’s almost two years since we took the decision to close the borders to Australia. The national cabinet has decided today Australia will reopen our borders to all remaining visa holders on February 21 of this year,” PM Morrison said.

“We have been progressively opening our borders since November of last year. Those programs have proceeded very successfully. “Whether it was the programs we had in place with New Zealand or Singapore, and then with Japan and South Korea, opening up to international students and backpackers and economic migrants who are coming to Australia, that will now be extended to international visitors who will be able to return.” Prime Minister Morris said that it will remain a requirement to be fully vaccinated before entering the country, however, clarified that the federal definition of “fully vaccinated” will continue to only include two doses.

That’s the rule. Everyone is expected to abide by it,” he said. “And it’s very important that people understand that requirement if they’re seeking to come to Australia. But if you’re double vaccinated, we look forward to welcoming you back to Australia.”

All travelers entering Australia will need to continue to abide by current federal vaccination mandates, meaning they are double-jabbed with a TGA-recognised vaccine and will need to return a negative COVID rapid antigen test, under supervision, within 24 hours of boarding their flight.

Arrival caps will continue to be enforced for unvaccinated arrivals.

Speaking of the announcement, Australia’s Home Affairs Minister Karen Andrews said, “This means that we will be able to welcome back tourists, business travelers, and other visa holders who to date have been unable to enter Australia. “Visa holders who are not fully vaccinated will still require a travel exemption to enter here into Australia and they will be, upon their arrival here, [subject] to the relevant state and territory quarantine requirements.”

When later asked if this announcement could place additional pressure on the Western Australian government to drop its hard border with the rest of the country, Morrison said, “The states and territories, they’ll continue to put in place the caps they have at their airports. Some have none at all, like in New South Wales. Others do … As we know, COVID-19 is not, has not been experienced similarly in all parts of the country. “WA is very different to NSW. And as a result, the arrangements are different between those two parts of the country.”

It comes after Morrison last week hinted at tentative plans to reopen Australia’s international borders to tourists for the first time in two years before the Easter holiday in mid-April.

Speaking on 4CA Radio Cairns, Morrison said that while the current priority is to keep an eye on how the Omicron variant is spreading through the eastern states, Australia will reopen to tourists in the coming months.

“I can’t give you a specific date yet,” Morrison said at the time, “and that’s because we’re just watching how Omicron is sort of washing over the eastern states at the moment. “I don’t think it’s too far away, to be honest. We’ve got challenges with Omicron right now. But … that will peak. I’d like to see us get there soon, certainly before Easter, well before Easter,” he said.

At present, only fully vaccinated Australian citizens and residents, their families, and certain student and migrant visa-holders are allowed to enter the country.

Some tourists are also allowed to enter under travel bubble arrangements that Australia has implemented with New Zealand, Singapore, Japan, and South Korea.

Aviation and tourism operators have been eagerly awaiting an announcement for a full-scale reopening of Australia’s borders to tourists, since the country’s international travel restrictions started to ease in November 2021.

Australia’s Tourism and Transport Forum chief executive Margy Osmond welcomed the Prime Minister’s earlier comments, however, remained sceptical of what these could mean. “I think our expectation was always that the opening of the border would be an incremental process and that means getting students back in [and] getting backpackers back in,” she said. “The industry has some serious staffing challenges that getting those cohorts back would address and assist with. “I think we’ve got to be realistic, opening the borders in the current environment doesn’t necessarily mean a massive flood for international leisure tourists.”

Earlier, Australian Tourism Industry Council deputy chief Daniel Gschwind called on the government to be specific about its reopening plans for tourists, given Australia’s high vaccination rate. “We should be in a confident enough position to let people in, not just in current categories but for all who wish to travel to Australia,” he said. “Airlines, airports, tour operators, they all need to prepare for this. You can’t just flick a switch, so the more certainty we have about a date the better.”

Osmond also said earlier that the government needs to give operators and airlines as much specific notice as possible and warned that it may take some time to see foreign airlines return to Australian shores, after abandoning the market amid two years of strictly closed borders. Council of Australian Tour Operators chairman Dennis Bunnik agreed and added that the government should also be looking to invest in aid to tourism and travel operators.

“In order to gear up, the industry needs to invest and bring back staff. After almost two years of zero revenue, that’s very difficult to do,” said Bunnik. “The government not only needs to open borders but to support the industry with staff and training.”

The pandemic may have changed when, where and how we travel, but in our hearts, we’re all driven by the desire to explore and create lifelong memories.

Africa’s Travel Indaba officially opened with a call for the continent...